How to Hook Up Additional Speakers to a Bose Wave Radio

Bose's marketing message for its line of Wave radios is their ability to fill a room with high-quality sound despite their small size. They're certainly capable of generating a surprisingly big sound for such relatively small devices, but you might still want to add extra speakers in some situations. Not all Bose Wave radios support external speakers, but you can usually find a way to work around their limitations. 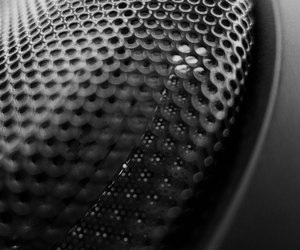 How to Hook Up Additional Speakers to a Bose Wave Radio
credit: deepblue4you/iStock/GettyImages

The Bose company has been manufacturing its Wave line of radios since 1993, and they're based on an older speaker design dating from the 1980s. The fundamental innovation used in those speakers was to realize that they could be coiled up on themselves, like a snail's shell, creating what was sonically a very large speaker in a very compact space. Wave radios incorporate that speaker concept within the body of a slightly oversized clock radio, generating surprisingly deep bass and good overall sound.

External speakers for the Wave radio aren't something Bose emphasizes on its website or in its promotional materials, perhaps because it clashes with the product's promise of room-filling sound from a small source. You may have an awkwardly shaped room to work with or a modern open-concept floor plan that creates an unusually large open space. Even a good sound source struggles in those situations. There are several ways to add speakers to a Bose Wave to deal with those difficulties, depending on which generation of the radio you have. In recent years the SoundTouch wireless system has been the best choice.

The SoundTouch system, available on higher-end Wave models, uses your home's wireless network to connect streaming audio sources or wireless speakers to your Wave device. If you buy a set of self-powered Bose speakers that support SoundTouch, you can place them anywhere in your home, connect them to your Wi-Fi, and then control them through Bose's companion SoundTouch smartphone app.

If you already have perfectly good speakers scattered through your house, the ideal solution would be to make them work with SoundTouch. There are two ways to do this. One is to replace your existing amplifier or receiver with a Bose model that's SoundTouch compatible. The other is to add Bose's SoundTouch wireless link adapter to your existing stereo or powered speaker setup. On a stereo, you hook up your system with the SoundTouch device as one of your inputs. With self-powered portable or computer speakers, you connect them directly to the output of the SoundTouch device.

Some Wave models come with Bluetooth capability, so you can use a Bluetooth speaker from Bose or any other vendor to augment the Wave's sound capabilities. On the SoundTouch app, press the menu icon and choose Settings and Speaker settings. If you have more than one Bose device, choose the Wave radio. Choose Bluetooth, tap PAIR, and then set your speaker to be discoverable. After they pair the first time, the speaker reconnects with the Wave radio automatically in the future.

Connecting Speakers to the Headphone Jack

If you have a Wave radio that doesn't support SoundTouch, your options are more limited. Many models have no form of audio output other than the headphone jack, but there are ways to use that to your advantage. The self-powered speakers made for computers work from a headphone jack, and many of those offer legitimately good sound quality. You just need to hook them up with a headphone extension cord long enough to reach the Wave radio's location.

If you have a set of self-powered speakers that require the traditional left/right RCA jacks as their input, you can also use those. You need a Y-adapter to convert the headphone jack to two RCA male connections, but those are inexpensive and widely available. The downside to using the headphone jack is that it mutes the Wave radio's speakers, so your extension speakers are all you can hear.

If you have an earlier model of Wave radio, it may have a set of connections for external speakers. The output is unamplified, so the speakers you use need to have their own power supply or else be attached to an amplifier or stereo receiver. Even a relatively compact speaker system with a subwoofer and satellite speakers can produce a surprisingly full sound where it's needed. Using the external speaker connections usually shuts off the Wave radio's speakers, though, just like the headphone jack, so it's not necessarily the best option for filling your entire house with sound.

How to Fix a Speaker with No Sound

Around The Home
Entertainment
By: Kristan Hart

How to Connect a Powered Subwoofer

Around The Home
Entertainment
By: Keith Evans

How Does a Subwoofer Work?