How to Use an iPhone Without Cellular Service

Thanks to a growing number of Wi-Fi hotspots around the country, using apps on your iPhone without cellular service is easier than ever. Carriers such as T-Mobile even allow for calling and texting over Wi-Fi if you're outside of a cellular coverage area. Still, plenty of apps require no Internet connection or cellphone service at all to use. The iPhone is a perfectly capable device without a service provider or usage plan. 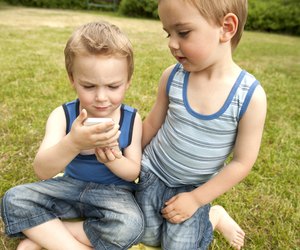 You can use your iPhone without any cellular service.
credit: altrendo images/Stockbyte/Getty Images

Apps That Work with Wi-Fi

Just about every app that comes preloaded on the iPhone and requires an Internet connection can rely on Wi-Fi to function. Some examples include Safari, Mail, Weather, Stocks, iTunes Store, App Store and FaceTime. Maps works entirely on Wi-Fi for mapping locations, however relying on a Wi-Fi connection for turn-by-turn GPS navigation isn't recommended as traveling will likely have you driving in and out of a stable connection.

There are a few important functions that don't work without cellphone service, such as the obvious: making phone calls and sending text messages. However, sending iMessages will work just fine over Wi-Fi.

Apps that don't require the constant gathering or updating of data typically work without cellular service or a Wi-Fi connection, and therefore, function completely offline. Pre-installed apps that fall under this category include the Camera, Clock, Calculator, and Passbook.

Games without any social features, basic utilities like a calculator or flashlight, books and any app that accesses information stored on the phone are offline apps. There's a large number of other apps that can work offline, but often require an Internet connection to use all of their features.

Offline Apps That Benefit From an Internet Connection

The number of apps that don't require an Internet connection, but often have specific features that do, is a much larger category than one might think. Apps like Music, Videos, Photos, Notes and Reminders, for instance, can all operate offline. However, if you want to sync content with other devices, you'll need an Internet connection.

You can read magazines and newspapers in Newsstand offline, but you need to be online to sync pages between devices and get the latest issues. An app like Spotify allows premium users to listen to saved music offline, but streaming any other song requires an Internet connection. If you're using your iPhone without cellular data or Wi-Fi, these apps will usually warn you when you're attempting to use a feature that requires Internet access.

The Apple iPhone 6 and iPhone 6 Plus feature Wi-Fi calling and texting, which means with a compatible carrier, you can make phone calls and send text messages using nothing but a Wi-Fi connection. In the United States, T-Mobile is the only major carrier to support this feature, though others like AT&T and Verizon promise support in 2015. To set up Wi-Fi calls and texts with a compatible network, select Settings, select Phone, select Wi-Fi Calls, then enable Allow Wi-Fi Calls.

Otherwise, third-party apps in the App Store have functionality to make calls and send and receive texts using a Wi-Fi connection, but typically require setting up an account with a new phone number or username. TextPlus and Talkatone are popular examples. These are helpful if you cancel your service plan or neglect to pay your bills.

How to Connect to WiFi at Starbucks for Free

Do You Need Wi-Fi for Apps to Work on the IPad?

Around The Home
Productivity
By: William McCoy

How to Turn Off Voice Mail on T-Mobile

Around The Home
Entertainment
By: Steve Walker

How to View Blocked Numbers on an iPhone

Around The Home
Entertainment
By: Jasmine Carpenter

How to Geotag Photos on Your iPhone