How to Wire a DSL Jack

DSL subscribers may expect a phone company to install appropriate jacks in their household, but this is not a requirement. It's cheaper to do the wiring yourself, and it's not difficult. Phone lines consist of four-strand wires, including two transmit and two receive frequencies. Newer installations often use Ethernet cables, which still use the same two frequencies but also have extra wires for forward compatibility. A DSL jack is identical to a phone jack, except that the extra transmit and receive wires are connected. 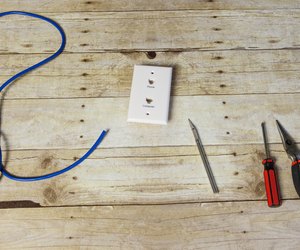 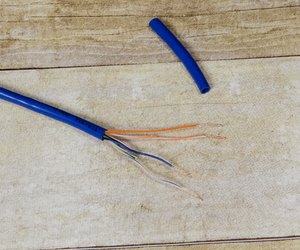 Use a knife or stripper tool to gently cut the outer cable's casing and strip the phone cable about 2 inches from the end. Strip each of the four smaller wires as well.

With the screwdriver, unscrew a screw on the jack just enough that the wire will fit in the groove. Note the color label of the screw. 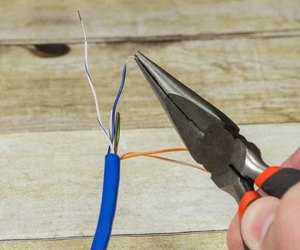 Bend the wire of the corresponding color so that it will hook around the screw. A pair of needle nose pliers makes this very easy. 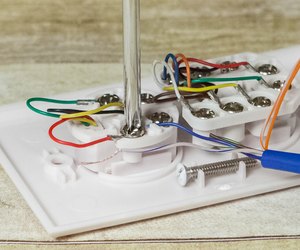 Tighten the screw with the screwdriver so that the wire stays in place. Repeat steps 2 through 4 until finished with all four wires. If the jack is a wall jack, screw the wall plate into the wall, and connect either a telephone or a DSL modem to the port.

How to Match Cat 3 Wire to a Phone Jack

Around The Home
Productivity
By: Marissa Robert

How to Crimp Telephone Wire

How to Determine Negative Vs. Positive Lead in Speaker Wires

How to Hook Up Cable to Receiver for FM Radio

Around The Home
Productivity
By: Lalah Brewer