How to Zip Multiple Files in Unix

A common way to store and share sets of multiple files is to use the ZIP file format. A zip command compresses one or more files and bundles them into a single file. Most modern operating systems, including Microsoft Windows, macOS and forms of Unix and Linux, can handle ZIP files. If you use a Unix or Linux operating system, you may want to use the Unix zip command line tool to manage these files. 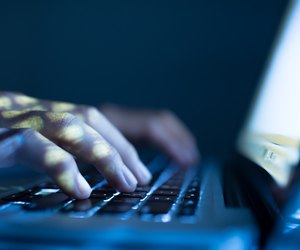 If you're on most modern Unix systems, you can use a command line tool simply called "zip" to zip multiple files. There's a separate Unix unzip tool to extract the files from a zip archive.

To use the Unix zip command for multiple files, include as many filenames as you want in the command line argument. If some of the files are directories or folders you want to include in their entirety, add the argument "-r" to recursively descend into the directories and include them in the zip archive.

After you create a file with the zip command, people should be able to open it on most operating systems.

If you have a ZIP file on a Unix computer and need to extract files from it, use the unzip command. Type "unzip" at the command line followed by the name of the ZIP file, such as "unzip example.zip."

The file is unzipped in the current directory. If you want to use the unzip command to list files in a ZIP file without actually extracting them, type "unzip -l" for the list option. This saves space and avoids filling a directory with files if you're not sure what's in a zip file.

Zip files can contain malware, so it's best to work with ZIP files only from people you trust.

Alternatives to Zip and Unzip

Zip and unzip aren't the only tools you can use to work with ZIP files on Unix systems.

Unix users also use another system for bundling files known as tar, which is supported by command line tools that work similarly to the zip tools. In general, use "tar -c" to create a tar file and "tar -x" to extract one. The Unix manual contains other options that are available, including a variety of types of data compression similar to ZIP.

How to Unzip TGZ Files

How to Create a .TGZ File in Windows

Around The Home
Productivity
By: Tony Allevato

How to Convert a Zip File into a Word File

How to Unzip a Zip File in AIX

How to Extract TAR Files

Around The Home
Productivity
By: Trisha Bartle