Uses of Computers in Scientific Research

Computers have changed the ways in which scientific research is compiled and analyzed. Scientists, engineers and researchers alike are able to compile vast amounts of data and leave it to the computer to work through the data while focusing on another area of the research project. This creates research results with fewer errors and better-engineered products. 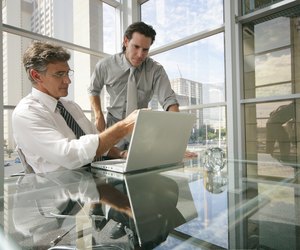 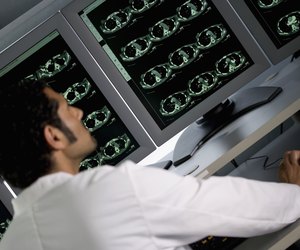 Computers used in scientific research have the ability to analyze data in ways and at speeds not possible with the human eye. They are able to analyze percentages of materials present in a variety of compounds from soil samples to chemicals and even the air you breathe. Additionally, computers used in this manner can determine trends in data samples. For example, computer analysis of data in research could determine the temperature at which certain chemical compounds break down or the percentages of improvement patients show when administered a certain medication. 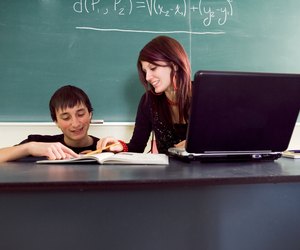 Scientific research often requires that complex mathematical equations be solved in order to determine if data is valid or if a certain structure of molecules will remain stable. Computers are integral to this calculation process since scientists can write software programs specifically to provide answers to such questions. This removes the element of human error, which can cost research institutions millions of dollars in fixing a product that was created with even the smallest amount of flawed data. 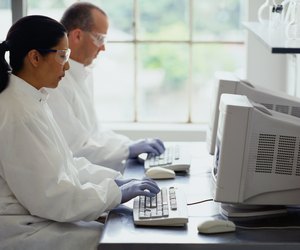 Scientists and researchers are able to use computer programs to model how data might manifest itself in the future. This ability is useful in predicting climate patterns, simulating how engineered products might perform in the field, predicting the erosion rate of beaches and anticipating the absorption rate of medications in the body. Scientists and engineers are then able to adjust building strategies or chemical compositions of products to ensure safe operation and consumption.

How Are Computers Used in Science?

Around The Home
Productivity
By: PatrickB

Uses of Computers in Economics

How to Have Excel Solver Give Only Whole Numbers

Around The Home
Productivity
By: Brian Richards

Around The Home
Productivity
By: Justin Mitchell

How to Calculate Normalized Data in SPSS

Around The Home
Productivity
By: Damon Verial