Crime involving computers is often difficult to detect and can have serious effects on its victims. Advances in technology have made computer hackers and identity thieves more creative, but there are still a number of ways to help ensure that you do not fall victim to this type of violation. Whether your computer is on a local or wide area network or is a stand-alone unit with a simple Internet connection, take the necessary measures to protect your system from these crimes. 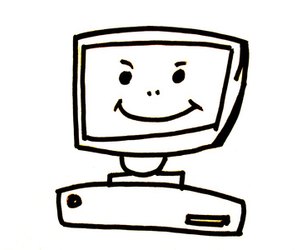 Computer crime is much less likely if users take the necessary precautions.

Any computer network should be protected by a firewall. A firewall is a virtual barrier that disallows information from making its way into the network without authorization. The firewall will block out any data that has not been intentionally permitted by the network administrator.

While this is an extremely helpful preventive measure, it can be circumnavigated and it does nothing to protect the network from an internal problem.

The spread of computer viruses can be responsible for major losses of data and sometimes money or machinery. There are a number of anti-virus software options that will help prevent these harmful programs from getting onto a network or a single computer.

An intrusion detection system (IDS) is a good secondary line of defense in addition to a firewall. An IDS can help indicate when an internal attack is taking place or when a hacker has bypassed a firewall and obtained access to the system, according to Interpol's website.

This system identifies statistical deviations and points out unusual behavior within the network. When activity that is inconsistent with the typical tasks performed on the network occur, the IDS flags the activity and its source, alerting the appropriate people that an intrusion may be happening. The system can also be programmed to detect when certain areas of the network are tampered with and can act as a sort of burglar alarm against intrusions.

An obvious way to prevent computer crime is to properly restrict access to all terminals on a network or on a single computer in the home of office. Make sure access to the computer is only possible with a secret password to avoid physical intrusion on the home terminal.

Do not leave the computer on and connected to the Internet when it is not in use. This may allow access via the connection to those trying to access your system and commit crimes. It is also a good idea to physically restrict access to the computer system in an office setting. Computers should be turned off, password protected as well as be secured behind locked doors when the office is unoccupied. Make it as difficult as possible for anyone to tamper with the machines.

What Is the Purpose of a Firewall?

How to Remotely Disable the Windows Firewall in Windows 7

Around The Home
Productivity
By: demand4865

Advantages and Disadvantages of Microcomputers

Around The Home
Productivity
By: Ann Trent

Description of the Difference Between HIDs & NIDs

Can People Hack Into Your Computer While It's Sleeping?