What Are the Classes of Computers?

Computers are put into classes in order to help customers and computer programs understand what they are getting or dealing with. The most common way of classifying computers is by size and function. Most computers are designed to handle certain tasks and the size of the computer and components depend on those tasks. 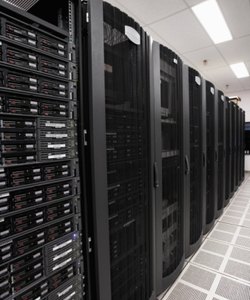 Mainframes often need huge rooms or even buildings dedicated to their use.

These computers are placed inside other equipment or electronics and execute a program or list of programs depending on the device. Once these computers are set they are normally designed to run without rebooting or resetting. Some devices many be equipped with many embedded computers, such as an automobile. Other devices like DVD players and dishwashers have only one embedded computer.

Developmental systems or research machines are built by the end-user and studied to determine specific capabilities of specific components. These machines are not sold; they must be created.

Microcomputer is the most commonly used computer class; they are called that because of the microprocessor located inside. Microcomputers are also referred to as PCs, workstations or personal computers. These computers are used in homes, at workplaces, in schools and in libraries. Computers in this class include: desktop computers, in-car computers, tablet PCs, laptops, PDAs, smartphones, gaming consoles, and programmable calculators.

Mainframe computers are multi-user devices that have to be kept a specific temperature and require a special power supply unique to the mainframe. Mainframes are capable of computing vast amounts of data in a small amount of time while running multiple single-user machines at the same time. Mainframes are normally run by large companies and governmental agencies. Many banks, universities and airlines use mainframes to process data.

A server is a computer or group of computers that only provide one service. The most common servers are Internet or web servers; these are used to host Internet websites and run web applications. Other examples of servers are database servers that are only used to house a database or file servers that store very large files for companies.

A supercomputer is an extremely fast computer that uses specialized techniques to maximize power usage. The computers are used to perform extremely complicated tasks. These tasks include theoretical astrophysics, fluid dynamics and weather forecasting. Supercomputers are graded by FLOPS or Floating Point Operations Per Second.

What Determines How a Computer is Categorized?

Around The Home
Productivity
By: Bert Markgraf

Types of Computers & Their Functions

What Is the Function of a Computer Server?

Around The Home
Productivity
By: Jesse S. Smith

The Advantages of a Supercomputer

Around The Home
Productivity
By: Robert Allen

Around The Home
Productivity
By: Chris Loza