What Is an HDMI Cable Used For?

With so many TVs, cable boxes, media streamers, DVD players, and other electronic components out there, your home can become covered in a web of wires. Thankfully, most AV devices are converging on a single standard cable to move audio and video: HDMI. 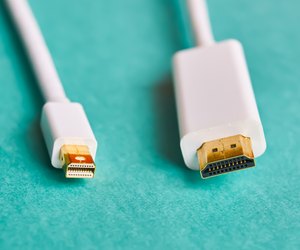 What Does HDMI Mean?

HDMI stands for "High-Definition Media Interface." But, it's not just a type of cable, cord, or connector. It's a technology standard that's designed to transmit high-definition audio and video signals.

It's also a pretty big deal. First of all, HDMI is the best possible way to transmit those signals. This technology can deliver a pure, uncompressed digital signal with crystal-clear images and multi-channel audio. Also, one HDMI cable can transmit both audio and video signals, which means you only need one cable to complete the entire setup—cutting down on some of that cord clutter that's amassed behind your entertainment cabinet. 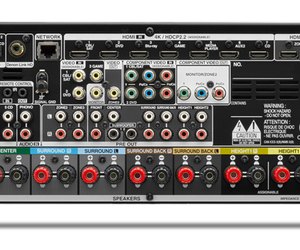 The back of this Denon receiver clearly labels HDMI inputs and outputs.
credit: Denon

HDMI inputs and outputs look exactly the same. These multi-pin ports can be found on the back, sides, and sometimes front of newer consumer electronics.

Not all devices have inputs and outputs, so it's important to know what you need before you buy. An HDMI output feeds high-definition audio and video into an HDMI compatible display via HDMI inputs. For instance, the back of your Apple TV has an HDMI output that connects to the HDMI input on your HDTV or home theater receiver.

HDMI inputs are typically found on HDTVs, projectors, and AV receivers. These can accept the HD signal that's coming out of your cable box, game console, Blu-ray player, or media streamer and display it.

Some devices have just one HDMI input, while others have more. Whether you're plugging devices into a TV or receiver, it's important to have enough inputs to accommodate all of your electronic essentials. Of course, electronics manufacturers know that upgrades and other purchases do happen. If you have four inputs and five devices, considering picking up an HDMI switch, which is a little box that can add extra inputs into the mix.

Originally released in December 2002, HDMI 1.0 was the first version of the HDMI standard. Since that release, HDMI has gone through many changes. The standard is constantly evolving to support new technology and new products.

Many of of these changes are minor. In January 2017, for example, HDMI 2.1, was announced. Expected in Q2 2017, this latest format will support higher video resolutions, such as 8K, as well as Dynamic HDR, increased bandwidth with a new 48G cable. This cable will be backwards compatible with your existing HDMI equipment, so you won't have to start from scratch.

If you're not upgrading to that type of display, any and all HDMI cables will work with previous versions of the spec. 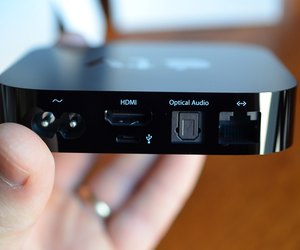 Do I Have HDMI?

When shopping for a TV, Blu-ray player, media streamer, or any other audio and video product, check the specs to see if it comes with HDMI inputs and outputs—as well as how many it has.

If you already have the device in question, it's pretty easy to find out whether or not you have HDMI inputs and outputs. Just look on the back and sides of your component. Most receivers, Blu-ray and DVD players, media streamers, and TVs have HDMI ports on the back, although some receivers put one HDMI port on the front and TVs sometimes have them on the side. 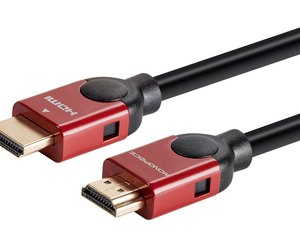 HDMI ports have a distinctive shape, but are also labeled "HDMI." If you have multiple HDMI inputs, they will typically be numbered: HDMI 1, HDMI 2, etc. If the device has an HDMI output, that is typically labeled as such as well.

Some devices come with their own HDMI cable, but odds are you'll have to buy one separately. (See below for more info on that.)

Once you have an HDMI cable, all you need to do is run an HDMI cable from the device's HDMI output to the TV's HDMI input.

If you have a receiver in the mix, you will run separate cables for each device you want to connect into the receiver. That means one cable from the media streamer, another from the Blu-ray player, and a third from the cable box. Each of those will be connected using an HDMI cable in the corresponding device's HDMI output with the other end going into an HDMI input on the receiver. Then, you will have one cable going from the receiver's HDMI output to an HDMI input on the TV. 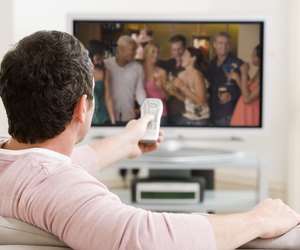 Just know that it's important to have the right number of HDMI inputs and outputs. In other words, if your TV only has one HDMI port, you won't be able to connect a cable box and a media streamer. This is where a receiver usually make sense, since it has multiple inputs--the receiver acts as a sort of switch box to route whatever device you want to use to the TV. That said, many newer HDTVs have three or more inputs.

Even though HDMI is the best way to connect your HD components, it does have its limits—and that's around 50 feet, depending on the version you're using. That means if you're planning to connect a media streamer to a TV on the other side of the house, you may risk signal degradation. Of course, most people won't ever have to deal with that (or may call in a professional installer to deal with it). If you do plan to stretch that signal, consider adding a HDMI signal extender/booster into your setup.

How Much HDMI Cables Cost

To connect HDMI-enabled devices, you will need HDMI cables to use. Currently, there are a few different types of HDMI cables for home theater use. Standard speed HDMI cables can handle audio and video resolutions up to 1080i. These are available with and without Ethernet. Adding Ethernet capabilities to the cable means that you won't need a separate Ethernet cable for web-enabled devices. Just know that both of the connected devices need to be HDMI Ethernet Channel-enabled. That functionality is out there, but not widely used at this time and may be a non-issue.

A better idea might be to purchase a high-speed HDMI cable, which is also available with and without Ethernet. These cables can accommodate 1080p formats, as well as 4K, 3D, and more.

Besides the different versions, many companies make HDMI cables. Consumer electronics manufacturers and shoppers have been debating "quality" cables since the dawn of cables.

"Salespeople, retailers, and especially cable manufacturers want you to believe that you'll get better picture and sound quality with a more expensive HDMI cable," said Geoffrey Morrison at CNET. "They're lying. You see, there's lots of money in cables. Your money."

It's easy to find cables selling for $100 and even $1,000—yes, for one cable. However, there are just as many out there that can be had for around four bucks. And believe it or not, those inexpensive HDMI cables provide an essentially identical experience as the expensive cables.

How to Use an HDMI Switcher

Around The Home
Entertainment
By: Kate Evelyn

What Does HDMI Mean?

How to Add HDMI to a Rear-projection TV

Around The Home
Entertainment
By: Gregory Scott

How to Convert Coaxial Cable to Component