When one computer connects to another across the internet, it will often specify a particular port number it wants to connect to. The port numbers don't correspond to physical parts of a computer, but are purely digital ways to identify different services running on a computer. Some port numbers are reserved for particular services, and while port 81 is not one of them, it's often used for World Wide Web servers. 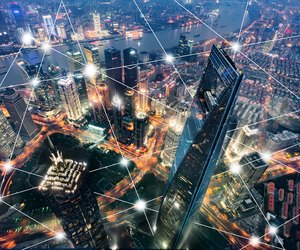 Typical internet traffic uses a method of communication called transmission control protocol over internet protocol, often abbreviated TCP/IP. This sets up a way for two computers to connect to each other using an internet protocol address, a numeric identifier similar to a phone number and a port number on each end.

On online servers, certain programs typically listen to certain standardized ports so that programs on other computers know how to reach them. For example, email servers using the simple mail transport protocol typically listen on port 25, waiting for email users to connect to send messages. Web servers usually listen on port 80, waiting for connections from Web browsers. Secure Web connections, usually indicated by "https" in the Web address rather than simply "http" and by a lock icon in the browser, typically use port 443.

An organization called the Internet Assigned Numbers Authority maintains a list of which ports are effectively reserved for particular services. Port 81 is on the list as unreserved, but in practice it's often used by specialized Web servers that are avoiding the standard port 80 for some reason.

In some cases, people building test versions of their websites to run alongside the main version might put the test version on port 81. Developers building essentially private services might also put them on port 81, since they'll be less likely to be stumbled upon by users and automated programs looking to see if there's a Web server running on the standard port 80.

In some cases, port 81 might also be used in a pinch if firewall systems are blocking connections to port 80 for security reasons.

Port 81 has also been used for more nefarious purposes: There have been reports of malware using the port to communicate and spread.

Generally, if you're building a Web server or setting up another internet service, you probably want to have it available on whatever the traditional, reserved port is unless you have good reason to do otherwise.

Which Port Is Standard for Ping?

How to Open a Port in Kaspersky

Around The Home
Productivity
By: Margaret Worthington

How to Ping a Specific Port

How to Find My Port Number on My LAN

Around The Home
Productivity
By: Loren Harshbarger