How to Ping a Specific Port

Ping is a tool used to check the status of network connections between two computers. Technically, ping uses a protocol that doesn't include the concept of port numbers, so there's no standard ping port, nor can you use ping to check the status of a specific port. You can, however, use other tools to check whether you're able to connect to a particular IP address and port, which is the equivalent of sending a ping to an IP and port. 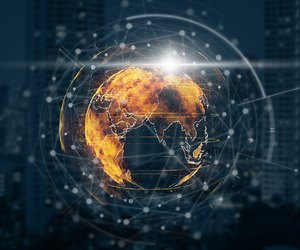 credit: Photographer is my life./Moment/GettyImages

How to Ping a Port

Ping checks whether it's possible to reach one computer from another. It uses what's called the internet control message protocol, or ICMP, on top of the standard internet protocol to ask a computer at a particular IP address to send a reply message to confirm the two can communicate.

Ping tools are included in most modern operating systems, and on Microsoft Windows, Apple macOS and Linux you can use the command line to send a ping. Simply type "ping" followed by an internet domain name or an IP address to send a ping message and be notified of any replies.

IP and ICMP don't include the concept of port numbers. These are included in higher level protocols, including the transmission control protocol, or TCP, that's used to deliver World Wide Web traffic and emails. Ports are also included in the user datagram protocol, or UDP, that's used to send some simpler internet traffic. In both protocols, port numbers are used to differentiate different services running on the same server. For example, web browsers usually connect to port 80 on a web server, and email tools connect to port 25 to send messages with the simple mail transfer protocol.

Because ping doesn't operate over a protocol with port numbers, you cannot ping a particular port on a machine. However, you can use other tools to open a connection to a particular IP and port and obtain the same information you would get if you could ping an IP and port.

One technique to check whether you can connect to a particular machine is to use telnet, a simple network connection tool. It's installed on Windows, macOS and Linux.

On Windows, you may need to activate telnet before you can use it through the Control Panel. To do so, open the Start Menu and type "Control Panel" in the search box. Click "Programs," followed by "Programs and Features." Select "Turn Windows features on and off" and "Telnet Client" to turn telnet on. Click "OK" if prompted to do so.

If the port is open and reachable, you receive a response from the other computer. Otherwise, you see an error message.

You can use other tools to check whether a port is open. If it's a port that you want to connect to with a certain tool, like an email client or web browser, you use that tool to attempt to connect to the port. You can also use other network maintenance tools, such as Netcat, Nmap or Ncat to test a particular port.

Which Port Is Standard for Ping?

How to Open a Port in Kaspersky

Around The Home
Productivity
By: Margaret Worthington

How Does Telnet Work?