What Is the Difference Between ASA & ISO?

In photography, ASA and ISO are both measurements of film speed, or sensitivity to light. ASA is a scale created by the American Standards Association, but it is no longer widely used. Now, most film is labeled by ISO, which was created in 1987 by the International Organization for Standardization. There is no difference in the film itself. 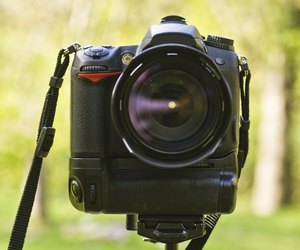 Close-up of a SLR camera mounted on a tripod
credit: MarioGuti/iStock/Getty Images

Photographers have used many systems to measure film speed, but before 1987, ASA and DIN formed two of the most important. The older standard, ASA, used an arithmetic scale. Doubling film sensitivity also doubled its ASA number. Created by the German Institute for Standardization, DIN used a logarithmic scale, so doubling sensitivity added 3 degrees to the DIN number. The current system, ISO, combines arithmetic and logarithmic scales into a single set of standards, but its ASA-based arithmetic scale sees the widest use.

Fast film, labeled with a high ISO or ASA number -- 1,600 or above -- offers high levels of light sensitivity that give photographers the ability to shoot with faster shutter speeds or at higher f-stops. High-speed film offers particularly useful performance in low-light situations, although these images often turn out grainy and with higher contrast. By contrast, slow film -- ISO or ASA 100, for example -- requires longer exposures or lower f-stops. It also produces higher-quality photos. These same performance characteristics apply to images shot with equivalent ISO/ASA settings on digital cameras.

Use In Film Photography

You don't need a conversion chart to translate between ASA and ISO numbers. ASA 100 equals ISO 100. To convert between DIN and ISO/ASA, however, you'll find a conversion chart helpful because of the complex math that underlies the translation. In film photography, ASA or ISO ratings help photographers select the appropriate type of film for specific shooting conditions. The rating appears on the product box and on the film roll itself. To adjust camera equipment to film speed, set the camera's controls to match the ASA or ISO rating.

Use in Digital Photography

Digital cameras use ISO settings, too, but instead of indicating film speed, they reflect and control the light sensitivity of camera's image sensor. Because the ISA standard replaced ASA before 1991, when Kodak released the first consumer digital camera, you're unlikely to find ASA ratings on digital equipment. If you're familiar with the behavior of varying film speeds, or you study the appearance of images shot on varying speeds of film, you'll see similar performance from digital cameras at equivalent ISO settings.

In the days before high-ISO film speeds, photographers routinely set their cameras to higher or lower ASA or ISO speeds than their film's actual ratings, creating images in low light or heightening image contrast. This process underexposed the film, for which the photographer compensated with additional processing time. The opposite procedure -- pulling -- enabled photographers to control high-contrast image subjects, overexposing the film.

Aperture Settings for the Nikon D70

What Kind of Battery Does a Pentax K1000 Use?

Around The Home
Entertainment
By: Grygor Scott

Around The Home
Entertainment
By: Ann Mapleridge

Difference Between 5 and 8 Megapixels

Around The Home
Entertainment
By: Leah Waldron-Gross

How to Use a Polaroid Camera at Night