What Is the PID in Task Manager?

Windows uses the process identifiers, displayed under the optional PID column in the Task Manager, to tell programs and processes apart. The operating system assigns every process an identification number when it's started as a way to tell processes apart without relying on process names. If a program has a high-numbered PID, it doesn't necessarily mean there are a lot of programs running; to avoid errors, the operating system will not re-assign a used PID immediately. 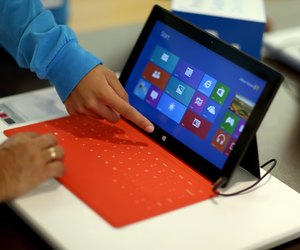 The PID keeps Windows from mixing up programs; it is useful when troubleshooting programs that share the same name or run multiple instances at once. If you have two different programs running that use processes called "My Process," Windows will assign different PIDs to each one, which you can use to tell the programs apart in the Task Manager. "My Process #1" and "My Process #2" could do entirely different things, but the computer can't tell them apart without a PID. Additionally, Windows can tell apart separate instances of an instant messaging program that can be run multiple times at once for simultaneous multi-user login with PIDs.

The PID can help in the troubleshooting process for programs that split up content and instructions across multiple processes. A program like Google Chrome may use many separate processes that are all named "Google Chrome." Each browser tab gets its own process so that if it runs into a problem and crashes it doesn't take down the other tabs with it. You can keep track of a hanging or locked-up tab with the PID or use the PID to mark tabs you want to keep open when closing hanging or frozen tabs in the Task Manager.

PIDs are useful in troubleshooting processes that are conflicting over network ports. The Netstat tool uses PIDs to identify which processes are using which network ports. Netstat's diagnostics will show if two processes are trying to use the same ports, and conflicts can be resolved by closing one of the competing programs. PID values are an easier way to enter commands for processes and display useful information. For example, "526" takes up less space on screen and is easier to type than "My Awesomely Named Process (64-bit)."

How to Find Hidden Programs Running on My Computer

Around The Home
Productivity
By: John Michael Thomas

How to Kill All Python Processes in Ubuntu

How to Troubleshoot a 'DDE Server Error'

How to Remove Programs Thru Appwiz.Cpl

How do I Find Threads on a Computer?

Around The Home
Productivity
By: Mikhail Polenin

What Is Bonjour on Task Manager?

Around The Home
Productivity
By: Thomas King