What Programming Language Is Called the Duct Tape of the Internet?

Software developers call Perl the "Duct Tape of the Internet" because the programming language lends itself to quick, easy fixes of data problems. Created in the late 1980s by software developer Larry Wall, Perl's appearance coincided with the rising popularity of the Internet and the beginnings of the World Wide Web. Perl came from the Unix environment and has many characteristics in common with other Unix software. 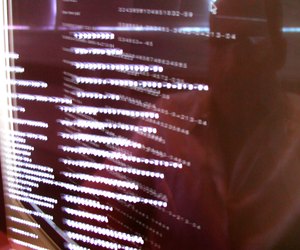 Perl is a high-level programming language that excels at sophisticated text file processing and, among other uses, can generate Hyper Text Markup Language output for Web pages. It includes interfaces to incorporate databases, making the language well-suited to e-commerce, forums, blogs and other dynamic, data-driven websites (See Reference 4). In addition to Internet applications, Perl is handy for day-to-day system administration, reporting and maintenance tasks.

Perl originated on Unix-based computers and continues its popularity on Linux machines. Its syntax borrows heavily from Unix shell scripting languages as well as C, C++ and Unix text-processing utilities such as "awk." Versions of Perl are also available for Microsoft Windows and Mac OS X.

In a traditional compiled language such as C, COBOL and FORTRAN, the programmer writes a source file in the language of choice, then uses the language's compiler program to create an executable file the computer runs directly. By contrast, a Perl programmer runs the Perl interpreter first, then writes and runs the code within the interpreter. The interpreter is an interactive environment that facilitates programming. The programmer can also run Perl code from a command line as this example illustrates:

Here, "prgramname.pl" is a text file containing a Perl program.

Perl's chief strength is speed of development; its terse syntax allows programmers to write powerful code quickly. The language has emerged as a significant player, with a developer base some estimates put at over 1 million (See Reference 5). However, the dense syntax of Perl programs also works against it, making programs difficult to read and debug.

How to Configure WAMP With Eclipse IDE for PHP

How to Configure Perl in XAMPP

Around The Home
Productivity
By: Sean Mann

The Advantages & Disadvantages of Visual Basic

Around The Home
Productivity
By: Alexis Writing