On a national scale Sprint and Cricket aren't really comparable, because Cricket is not a national mobile provider. Furthermore, Cricket uses Sprint's 3G network, making it an impractical choice if you're trying to avoid using one of the big three networks. However, Cricket is contract-free, tends to be less expensive and offers comparable features to Sprint's lower-end plans. If you travel often, Sprint is the more practical choice; however, if you chiefly plan to use your cellphone in your local area, Cricket may better fit your needs. 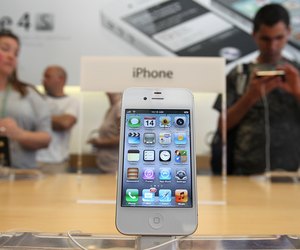 Cricket also has a basic smartphone plan and the Android Muve Music Plan. The stardard smartphone plan has most of the same features as Talk + Text + Web, with additional e-mail and application support. However, it limits 3G data to 1 GB per month. The only addition from the smartphone plan to the Muve music plan is the addition of unlimited song and ringtone downloads, as well video and ringback function. Prices for Cricket plans as of October 2011 range between $35 and $65 per month.

Both companies offer a mixture of feature phones and smartphones of varying brands and models. Cricket's selection of phones is smaller, and it features two branded smartphones, phones by Samsung and Kyocera, and the BlackBerry Curve 8530. Sprint's selection of phones is much larger than Cricket's, and it features eight manufacturers: Apple, BlackBerry, HTC, Kyocera, LG, Motorola, Samsung and Sanyo. Both companies offer Android smartphones as part of their line-up.

Sprint has fairly solid national coverage, getting most of the country from the east coast through the midwest with talk, 3G and 4G; the areas with the least coverage include Idaho, Nevada, Montana and parts of Alaska. As a regional carrier, Cricket is more limited in coverage, with the bulk the service centered around Michigan. This stretches into the northern half of Illinois, Indiana and Ohio and southeast Wisconsin. It also offers a solid amount of coverage on the east coast centered around the New York City area and in Florida. Coverage is patchy at best in the southeast, the midwest and the west coast, with almost no coverage in the Dakotas, Wyoming, Montana and Nevada.

Sprint and Cricket both use CDMA mobile technology. Most mobile carriers in the United States use CDMA, and as such it's got great support nationwide. However, CDMA doesn't use SIM cards like GSM. SIM cards store your phone and network data and can be easily removed from your phone, which tends to make GSM the better choice for convenient upgrades. Neither Cricket nor Sprint is particularly practical if you spend a lot of time abroad; in Europe GSM is the standard mobile technology.

Around The Home
Entertainment
By: Joe Murray

Around The Home
Entertainment
By: Claudia Stanic

Will My Cell Phone Work in Europe?

Around The Home
Entertainment
By: Patrick Nelson

How to Get Free Straight Talk Minutes Immediately

Around The Home
Entertainment
By: Ashley Donohoe

How to Make International Calls With Verizon

Around The Home
Productivity
By: Nancy Holland

Around The Home
Entertainment
By: Angela Odum