GSM (Global System for Mobile communication) is a cellular technology used for transmitting mobile voice and data services. Out of all cell technologies in use today, GSM is the most widespread. However, it is important to know that although GSM is currently the industry standard in cell technology, it has both advantages and disadvantages of which consumers should be aware. 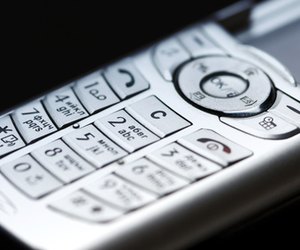 GSM technology is the industry standard for mobile voice and data.

The most obvious advantage of GSM is its widespread use throughout the world. According to Gsmworld.com, GSM has a harmonized spectrum, which means that even though different countries may operate on different frequency bands, users can transfer seamlessly between networks and keep the same number. As a result, GSM users essentially have coverage in over 218 countries.

Another advantage of GSM is that because it is used throughout the world, there is a greater variety of phones that operate on GSM. Therefore, consumers have more flexibility in choosing a handset that fits their specific desires, and they are not limited to purchasing phones only made in their respective country.

No Roaming Charges on International Calls

Perhaps the greatest disadvantage of GSM is that multiple users share the same bandwidth. With enough users, the transmission can encounter interference. Therefore, faster technologies, such as 3G, have been developed on different types of networks than GSM, such as CDMA, in order to avoid such bandwidth limitations.

Another disadvantage of GSM is that is can interfere with certain electronics, such as pace makers and hearing aids, according to Inc.Technology. com. Such interference is due to the fact that GSM uses a pulse-transmission technology. As a result, many locations such as hospitals and airplanes require cell phones to be turned off.

My Boost Phone Doesn't Have a SIM Card

Around The Home
Entertainment
By: Chris Blank

How to Make Calls With Suspended Cell Service

Around The Home
Entertainment
By: Noel Lawrence

What Is a Cell Phone Carrier?

Around The Home
Entertainment
By: James Johnson

How to Reactivate a SIM Card