A projector, by definition, is a machine that uses light to create an image on a surface – normally a flat surface like a movie screen or a wall. You can find different types of projectors in movie theaters, homes, offices and classrooms. The projector dates back to at least the late 19th century when the first movies were made, but has evolved in ways that would no doubt dazzle its early creators. 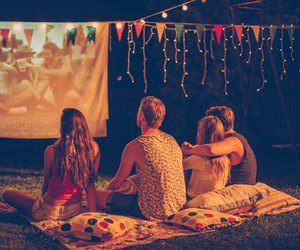 More recently, many of these types of projectors have been replaced by computers using a projector output device. These new types of projection equipment connect to a computer using cables similar to a traditional monitor, then display on a movie screen, wall or other surface an image that would otherwise be shown on a computer screen. With tools like Microsoft PowerPoint, these projectors have come to replace traditional slide and overhead projectors for presentations, and they can also be used to show movies and TV shows.

Even movie theaters have replaced traditional film projectors with digital devices that can require less maintenance and supervision than traditional devices with scrolling rolls of film.

When you're looking to purchase or rent a digital projector for home or work, be sure to gather some some basic information about the projector you're considering.

You'll generally want to know how bright the projector gets, a measurement typically given in lumens, and how much power the device uses. If you plan to move the projector frequently or fit it into cramped spaces, pay attention to its weight and dimensions.

It's also important to get information about the machine's contrast ratio, meaning the difference between the darkest and lightest portions of the images it shows. Finally, don't forget to check on the projector's resolution, meaning the number of individual pixels in each direction that make up the images it shows, similar to a television or computer monitor.

What Is Difference Between a Beamer & a Multimedia Projector?

Around The Home
Entertainment
By: Sarah Clark

What Is a Projector?

How to Hook Up DirecTV to a Projector

Around The Home
Entertainment
By: Robert Ceville

How to Make My Projector Brighter

Around The Home
Entertainment
By: Michael Faye

What Is a Multimedia Projector?

Around The Home
Productivity
By: Faith Davies