SanDisk's Ultra and Extreme lines of SD cards are two very different offerings. Both are known for very good performance, but only one of these is geared toward professional photographers and videographers. Learn the differences between the two so you can choose the right SanDisk SD card for your needs. 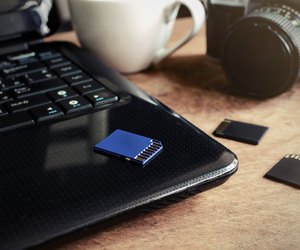 The Sandisk Ultra SD card was first launched in 2013 and billed as one of the fastest Secure Digital High Capacity (SDHC) cards in existence. The Ultra card is marketed toward those who use compact and midrange digital cameras. An Ultra SD card's data transfer speed is up to 80MB/s and it comes in storage capacities of 16GB, 32GB and 128GB. The card is capable of supporting up to 1080p recorded video. SanDisk claims that the Ultra card is resistant to water and extreme temperatures while also being very resistant to drops. The Ultra card is also commonly used in gaming consoles that allow SD card use, such as the Wii.

As the name suggests, the SanDisk Extreme is a step above the SanDisk Ultra. The Extreme is marketed toward photographers and videographers who record videos in 4K Ultra High Definition (UHD) or take photos in burst shooting mode. The Extreme is able to transfer data at a speed of up to 90MB/s and has storage capacities ranging from 16GB to 256GB. Every SanDisk Extreme SD card comes with a lifetime limited warranty and can be used in devices that support either SDHC or Standard Digital Extended Capacity (SDXC) cards. The SanDisk Extreme SD card also comes with file recovery software and is shockproof, temperature-proof and waterproof.

When it comes to the SanDisk Ultra versus Extreme, which should you choose? The answer: it depends on what your needs are. If you don't need to record video in 4K and don't need the highest storage capacity, then you can probably get away with the SanDisk Ultra. The SanDisk Ultra is considerably cheaper than the Extreme, with the most expensive Ultra retailing for roughly $38 while the most expensive Ultra SD card costs roughly $100. Professional photographers, or those who take their videography and photography seriously, will want to choose the Extreme since it's capable of smoothly recording 4K video and has enough storage that you'll almost never run out of space on your camera or camcorder. The limited lifetime warranty and ability to easily recover lost photos or videos on the SD card also make the Extreme SD card worth the extra price.

How Many Pictures Does a 256 MB Memory Stick Hold?

Around The Home
Productivity
By: Mark Kennan

How to Use a MicroSD as RAM on a PC

Around The Home
Productivity
By: Perry Piekarski

How to Stop a GoPro Camera From Shaking

Around The Home
Entertainment
By: Jake Redfield

How to Change the Resolution on a Canon Powershot