How Do I Unmerge in Photoshop?

If you flatten a document or merge layers in Adobe Photoshop CC, there are a couple of ways you can pry them apart again: use the Undo commands or the History panel. Once you get your project back to the way you need it, there are two alternatives for managing layers you should check out, which give you many of the benefits of merging, without having to unmerge layers later.

If you haven't made any other changes to a Photoshop project after merging layers, you can undo the merge from the Edit menu. Select Undo Merge or Undo Flatten, depending on which task you performed. Alternatively, just press Ctrl-Z, to undo the last action you performed.

If you have performed other actions on the file since you last merged the layers, you can trace back through your steps by pressing Alt-Ctrl-Z, or selecting Step Backward from the Edit menu, multiple times. Keep an eye on the Layers panel to see when the layers are returned to the non-merged state. Keep in mind that you lose all of the work that you did after the merge. 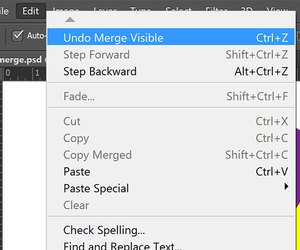 Photoshop's History panel is like a wormhole for graphic designers. Instead of tediously going back one step at a time, open the History panel from the Windows menu and then click on the state just before you merged the layers. Note that you will lose all of the work you did since the merge.

The History panel works only for actions you have completed in your current Photoshop session. If you close Photoshop and open a saved file, it won't give you access to anything that you did in the last session. 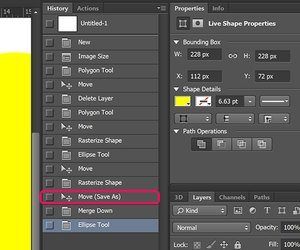 Alternatives to Merging or Flattening

Whenever you want to merge two or more layers, you can do it without having to unmerge them again later. Two good alternatives are to use folders or to create a new merged layer.

Group Instead of Merge

To work on only one layer in the folder, click the Arrow icon beside the folder and then select that layer. To remove a layer from a folder, just drag it out. 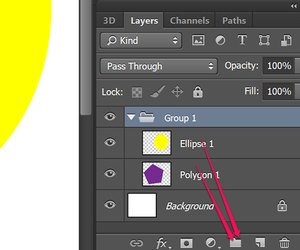 Merge Into a New Layer

Photoshop has a keyboard shortcut that merges all visible content into a new layer without affecting the layers below it. 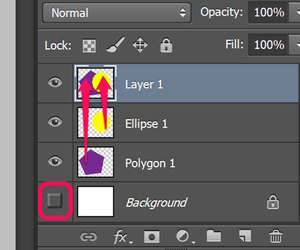 How to Delete Unused Layers in Illustrator

How Do I Merge Layers in Adobe Photoshop?

How to Rotate Layers in Adobe Photoshop

How to Unmerge Items in Photoshop

How to Copy a Path in Photoshop

How to Grab Multiple Layers in GIMP

Around The Home
Productivity
By: Kylene Arnold