How Does a Garmin GPS System Work?

Garmin Global Positioning System receivers work by using GPS satellites that orbit the Earth. These satellites circle the Earth twice each day and transmit signals back. There are 24 GPS satellites in orbit as of 2008. The orbits have been arranged so that there are at least four satellites visible to GPS receivers at any one time. The Garmin GPS receiver picks up the satellite signals and uses them to triangulate the user's location through a process called trilateration. If you know you are 15 miles away from satellite A, you could be anywhere in a sphere with a 15-mile radius. But if you know that you are 10 miles from satellite B, you now have a second sphere that must converge with satellite A's sphere. To further triangulate, you add a third sphere that says that you are 10 miles from satellite C. You now know that you are anywhere within that small area where those three spheres converge. 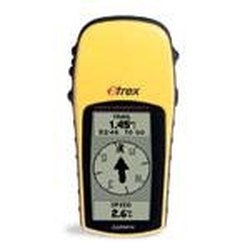 How Does a Garmin GPS System Work? 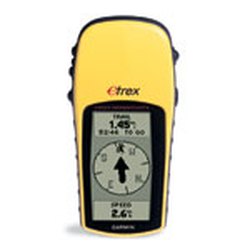 When the Garmin GPS receives the information from the satellites, it compares both the time that the signal was sent (each satellite has an atomic clock) with the time that the GPS received the signal to calculate how far away the satellite currently is. The GPS must pick up the signal from at least three satellites in order to calculate its longitude and latitude. To calculate a 3D location (altitude) the GPS must lock into the signal of a fourth satellite. Once the receiver is able to determine the user's location, it can calculate the speed that the user is traveling by constantly updating its position with the satellites and calculating how far the user has traveled in how long a time. If the user were to input a destination location, the receiver can calculate the distance to destination and time to destination based on the user's current speed. A receiver can even tell a user when sunrise and sunset will be in their current location, since receivers such as the Garmin Nuvi are programmed with a database of sunrise and sunset times.

How accurate is a Garmin GPS?

Most Garmin GPS systems are highly accurate due to the fact that they feature a parallel multi-channel design, enabling them to lock onto a satellite signal when first switched on and allowing them to maintain that lock even when surrounded by tall buildings or trees. Garmin GPS systems are usually accurate to within a 15 meter area. Garmin GPS systems featuring Wide Area Augmentation Systems can be accurate to less than three meters. Also, Differential GPS, which corrects the GPS signals, can be accurate to within three to five meters. Certain atmospheric conditions can cause inaccuracies with a GPS receiver. These include ionosphere and troposphere delays caused by a slowing signal when the satellite passes through the atmosphere. The GPS system has a built-in measure to correct for this time-delay error. The number of satellites visible can also affect accuracy--dense foliage and electronic interference can cause the GPS to see fewer satellites.

How Does Live Traffic on GPS Work?

Around The Home
Productivity
By: Aaron Zvi

Around The Home
Productivity
By: Johan Hjelm

How to Set Current Location On a Garmin Nuvi

Around The Home
Productivity
By: M.W. Sand

What Types of Instruments Are Used to Measure a Tsunami?

How to Fool a Vehicle's GPS Tracking

How to Find the Satellite Location for DirecTV