How to Activate Voice Control on a MacBook Pro

If you have a MacBook Pro, consider giving your fingers a rest for a while and try out the Dictation Commands accessibility feature in OS X Yosemite. Not only can you dictate text directly into email messages and Pages, you can verbally command your Mac to open and close apps, launch menus and basically anything else you would usually use a mouse and keyboard to do. If you used Voice Control on OS X Mavericks, you'll find OS X Yosemite has changed the process a bit, but it works essentially the same, if not better. 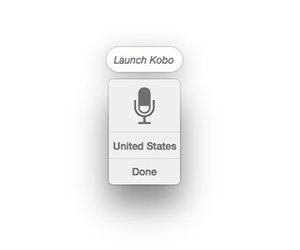 The dictation microphone icon appears whenever you activate the Dictation app.
credit: Image courtesy of Apple. 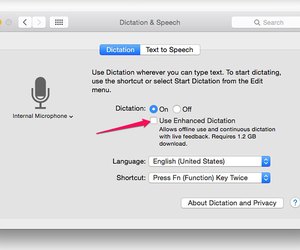 Click the "On" radio button to enable dictation. This is all you need to do if you just want to dictate instead of typing text in apps like Text Edit or Pages. Check the "Use Enhanced Dictation" check box to unlock voice control. This downloads a 1.2GB file to your computer to unlock voice control features, as well as making dictation available offline, so you won't need an Internet connection to dictate text into apps. After the file is downloaded, click the "Use Enhanced Dictation" check box again to enable the feature. 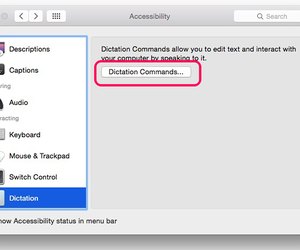 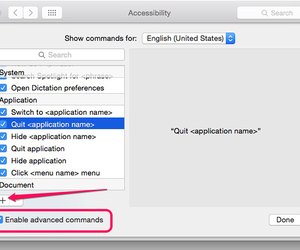 Click the "Enable Advanced Commands" check box. By default, all of the listed commands are already activated. To deactivate any function, just click the check mark beside it. It's a good idea to scroll through the commands and familiarize yourself with what's already available, like quitting, hiding and switching applications. 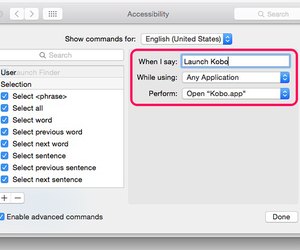 This command will open the Kobo app with the command "Launch Kobo."
credit: Image courtesy of Apple.

Click the "+" button to add an additional command. Enter a voice command in the text box, then select what you want your MacBook Pro to do when you use it. While there doesn't seem to be a word limit for your commands, it's best to keep them short so you can easily remember what they are. 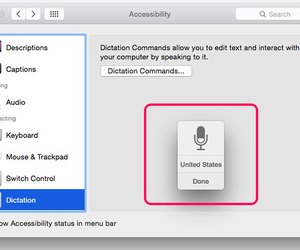 The microphone icon opens when you launch the Dictation app.
credit: Image courtesy of Apple. 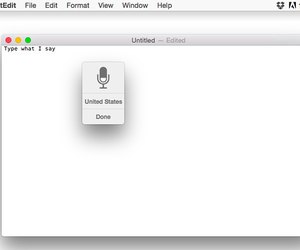 Dictate text into apps like TextEdit, Mail or Pages by pressing the "Fn" key twice. Once the microphone icon appears on the screen, speak into the microphone. After a few seconds, the words you speak begin to appear in the app.

How to Convert Voice to Text on an iPhone

Around The Home
Entertainment
By: Joshua Phillips

How to Make Microsoft Word Type for You While You Read

How to Convert Voice to Text on a Mac

How to Record Macros on an iPhone

Around The Home
Entertainment
By: Blake Flournoy

How to Turn Off the Voice of a Mac

Around The Home
Productivity
By: Karren Doll Tolliver

How to Use Microsoft Office by Talking Instead of Typing