How to Get Into BIOS on an Acer Laptop 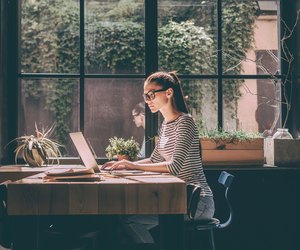 A computer's BIOS (Basic Input/Output System) is used to initialize the computer's hardware and move the system through its power-on and initial start-up processes before handing things off to your computer's operating system (OS). You can enter the BIOS setup menu during start-up to manage your computer's boot sequence, confirm whether the computer is recognizing its hardware, and more. However, because the menu controls critical functions that most casual users will never need to look at, there is no dedicated BIOS button on your keyboard or in your operating system's main menu. However, you can still easily access the BIOS from your Acer laptop by following some basic instructions.

What is the BIOS?

The BIOS is a small piece of software, pre-installed onto a computer. Located in a memory chip attached to the computer's motherboard, BIOS functions as a sort of bare-bones operating system: when the computer is powered on, the BIOS oversees the Power On Self Test (POST) diagnostic procedure that confirms the status of the computer's hardware. It also enables use of the keyboard and monitor. Some newer computers will have a UEFI (Unified Extensible Firmware Interface) program installed instead of the BIOS, which performs the same functions. These programs work in the background by default, but their functions can be accessed through a menu available during a computer's start-up process, before your operating system loads. Traditionally, the BIOS is accessed by pressing one of the function keys during this window of time.

Each computer manufacturer uses a customized BIOS program for the computers they produce. As a result, the function key used to load the BIOS will differ depending on the brand of your computer. On an Acer Laptop, the BIOS key is traditionally "F2," though some older models may require you to press "F12" or the "Delete" key. Commonly, during start-up a message will briefly appear noting the key you need to press. When your computer powers on, tap the "F2" or other noted key repeatedly when the green Acer logo appears on the screen to enter the BIOS.

If you find yourself unable to hit the F2 key before your laptop finishes its start-up procedure, as is increasingly common with the implementation of solid-state hard drives, recent versions of Windows allow users to boot into BIOS directly through a menu. To do this in Windows 8.1, open the Start menu and click "Settings," followed by "Change PC Settings," "Update and recovery," and finally "Recovery." Under the "Advanced Startup" heading, click "Restart now," then select "Troubleshoot" when the boot menu appears. You may then select "Advanced options" and "BIOS or UEFI Firmware Settings" after it. When you click the "Restart" button, your computer will load into the BIOS. On Windows 10 you will follow the same process, but you will select "Update and Security" from the Settings menu to begin. Click the "Recovery" tab on the left to find the "Advanced Startup" heading.

How to Access the BIOS for Sony Vaio Laptops

How to Access the BIOS on a ThinkCentre Computer

How to Flash a BIOS From USB

How to Reset the EPROM Chip