How to Mount a USB Camera in Ubuntu

Ubuntu is one of the most widely used Linux distributions for the desktop, and has gotten substantially easier to use over the years. Ubuntu includes the UVC Linux Driver, which is a universal driver for remote video devices. UVC is now the default, generic driver for USB webcams in most Linux distributions, and has been part of the Ubuntu distribution's default installer package since late 2007. At this point, UVC is a mature part of Ubuntu, and most webcams should "just work." Testing the webcam to see if it works requires an application that displays the camera feed. For Ubuntu, this application is called Cheese. 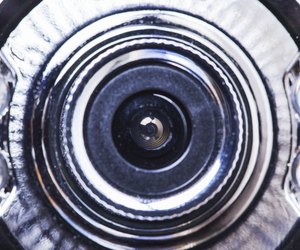 Plug in your webcam to a free USB port if you haven't done that already. There is a very good chance that Ubuntu will auto-mount the USB camera if it's one that was made after 2006 or so.

Click on the "Software Center" icon; this pulls up a list of available installable packages for your Ubuntu distribution. Scroll through until you find "Cheese." Click the "Install" icon and it will install automatically. If the button is grayed out, Cheese is already installed on your computer.

Click on the "Applications" tab on the control bar and scroll down to the "Sound & Video" selection and select "Cheese." If your webcam is connected properly, you'll see a picture that displays what the webcam sees. If your webcam is not working properly, Ubuntu provides documentation for troubleshooting (link in Resources).

How to Check a MacBook Camera

Can I Use the Kinect as a Webcam?

Around The Home
Productivity
By: Alexander Poirier

How to Open My Built-In Web Cam

Around The Home
Productivity
By: Melissa Worcester

How to Restart a Webcam on a Laptop

Around The Home
Productivity
By: Ricky Gee

How to Make a Canon PowerShot Into a Webcam