How to Speed Up Dolphin Emulator on a Slow Computer

Dolphin is an open-source emulator that allows games for the Nintendo GameCube, Nintendo Wii, and Nintendo Wii U consoles to be played on a PC. The emulator offers unique Dolphin enhancements that allow older games to be played with enhanced visuals and performance tweaks. However, because the Nintendo consoles that Dolphin emulates are drastically different than an average computer, even decade-old Wii games can put strain on a high-performance computer. On a slower or older system, fine-tuning your Dolphin emulator settings will be key to ensure that games can be played without too much lag interfering with the gameplay experience. 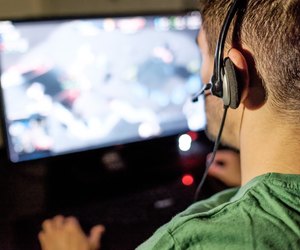 There are a few simple ways to increase the speed of games running in Dolphin. Before adjusting any settings, close any additional programs or windows open alongside Dolphin: because the emulator uses a computer's CPU more than it does the video card, running other programs simultaneously will reduce the amount of processing power available for the game you wish to play. At the same time, adjusting game window size and – in the settings accessed by clicking the "Graphics" tab in the main Dolphin menu – reducing the display resolution can quickly speed up a game emulated in Dolphin. Turning off the V-Sync and Anti-Aliasing features may also improve game performance, though it will come at the cost of visual quality.

One of the most effective ways to speed up Dolphin on a slower machine is to turn off Dolphin enhancements from the emulator's "Graphics" menu. Though running GameCube, Wii, and Wii U games at a higher visual quality than the original consoles could manage is one of the appeals of the Dolphin emulator, these enhancements can overwhelm an older or less-powerful CPU, particularly if it is only a dual-core system. Turning these enhancements off from the "Graphics" menu will often lead to an increase in game speed.

In the worst-case scenario, reducing Dolphin emulator lag may require you to upgrade the hardware in your computer – or, if using a laptop that cannot have its parts swapped out, it may require upgrading your entire system. This can be frustrating, given that some of the games Dolphin emulates are nearly 20 years old, but the emulator is incredibly CPU-intensive: system recommendations suggest using a quad-core CPU, and the emulator needs a dual-core at minimum to function. Adjusting emulator settings can help in getting a game just above your system's capabilities to run adequately, but only so much can be done if your hardware cannot keep up with the emulator's demands.

How to Increase FPS in Dolphin

How to Fix Constant Lag Spikes on "WoW"

Around The Home
Productivity
By: Alexandra Bee

Around The Home
Productivity
By: Austin Kaye-Smith

How to Speed Up "Double Dash" on Dolphin

How to Make the DeSmuME Run Faster

Around The Home
Productivity
By: Cassie Skelley

Around The Home
Productivity
By: Sam Fitz