How to Use SAV Files in DeSmuME

The Nintendo DS emulator DeSmuME is free, open-source software that runs on Windows, Linux and Mac computers. DeSmuME files use the .dsv extension, but the software can also use SAV files, which are common to other Nintendo DS emulators. DeSmuME is able to import and export files that are in the SAV format, allowing players to freely switch between emulators when playing games. If the built-in method for using the SAV file does not work for a particular game, external programs can handle the conversion process. 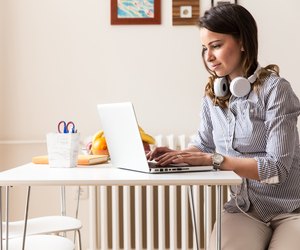 Export save files from DeSmuME in the SAV file format so that other Nintendo DS emulators can use them. To do this, open the ROM file of the game in DeSmuME and select "Export Backup Memory" from the File menu. Give the file a name and select "SAV" as the file type before saving the game file.

To use save files that are in the SAV format with DeSmuME, import them first. Do this by copying the file to the same folder as the ROM of the game. Start the emulator and open the ROM file before clicking "Import Backup Memory" from the File menu. The import process should work for most games that were saved in other emulators, but if not, there is another method for performing the conversion.

Converting SAV Files Offline for Use in DeSmuME

If the built-in import features of DeSmuME do not support the SAV files you are trying to use, try an external program such as NDS Save File Converter. This converter uses the original SAV file as the source format and DeSmuME as the target format. The Size setting must stay on "Auto." When the file is converted to the DSV format, you can use it with DeSmuME. Copy the file to the same folder as the game ROM for which it is intended.

Converting SAV Files Online for Use in DeSmuME

There is currently no way to convert SAV files online to the native DeSmuME format. Websites such as Shunyweb and Unique Geeks allow users to upload save files for online conversion to a variety of formats. SAV files that have been exported from DeSmuME can be converted into a format that is readable only by an actual Nintendo DS, provided the user has the necessary hardware to copy the file to the DS. Converting SAV files from a DS to the native DeSmuME format is not possible without using an offline converter.

How to Use Action Replay on PCSX2

Around The Home
Productivity
By: Doug Vintage

How to Open a .SAV File

Around The Home
Productivity
By: Erica Leigh

How to Transfer Games to an XBox 360 From a PC

Around The Home
Productivity
By: Dan Harkins

How to Play Mod Files in Windows Media Player

Around The Home
Productivity
By: Jeff Grundy

How to Delete an ePSXe Memory Card