Compressing files means to take a file and turn it into a smaller file format. MPEG, a Windows Media file format, is a set of codecs (a set of instructions) used for encoding and compressing audio/visual files, like movies and music. Using conversion software, MPEG files can be converted from its native MPEG format to WMA or WMV formats. Both have smaller file sizes than MPEG, but only because the file loses information during the conversion. 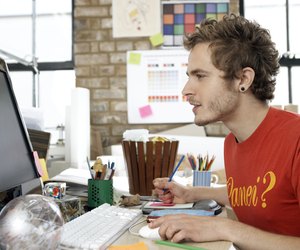 The compression techniques used in making MPEG files make the MPEGs smaller than other types of audio/video formats. For example, an AVI file format is about 700MB for a normal length movie of an hour and a half. In MPEG format, that same movie is only half that size, or about 350MB. Different MPEG standards are available, each using its own compression technique but still based on MPEG. The most popular are the MPEG-1 and MPEG-2 for video and MP3 for audio. On the Internet, MPEG video files are known as .mpg. MPEG audio files are known as MP2 or MP3 files. An MPEG format is already compressed, so to further compress an MPEG file, it must be converted to another file format. During the conversion, the file loses data to make it smaller. This makes the output files of lower quality. The most popular and easiest conversion is from MPEG to WMA or WMV files, which are native formats on Windows computers.

Xilisoft Converter is a free download from Xilisoft.com. This software is capable of converting and compressing an MPEG video file, a .mpg, to just about any other file format available. Some of the resulting video formats include .wmv, .avi, .dvx, H.264/AVC, AVCHD, .mkv, .rm, .mov, .xid and 3gp, among other formats. The conversion also works for audio MPEGs, MP2s and MP3s, and some of the resulting audio formats include .wma, .wav, .ra, m4a, .aac, .ac3 and ogg Vorbis, among others. The advantage of this particular program is it can also convert images that are animated. This software can also convert the MPEG to formats that are compatible with many popular gaming systems, such as a PlayStation, PSP, PS3 and an Xbox, as well as formats for an iPod and Apple TV. This software also allows you to edit the resulting video and audio. This software is only available for Windows operating systems.

The AVI MPEG Video Converter version 1.30 software is a free download available from Video-Converter.net. The software converts MPEG-formatted video files to .avi, MPEG-1, MPEG-2, .wmv and .rw formats. The downfall of this software is that it does not convert MPEG audio files. It is used only for video and has no special features, such as editing capabilities after the conversion, and is only available for the Microsoft Windows 98, Me, NT, 2000, XP and 2003 operating systems.

Prism Video Converter offers both a free version for noncommercial use and a paid version for any kind of use. It is available at NCHSoftware.com. The upshot to this package is that it is available for Mac and Windows computers. The features included in the paid version are numerous as compared to the free version, but both versions include basic conversion from the video MPEG format to any other format. The only downfall to this software is it does not convert audio MPEG files.

How to Convert a CPI File

Around The Home
Productivity
By: JohnMitchell

How to Convert a VCD to MP4 for Free

How to Make Video Files Smaller

How to Convert APE to WAV