The Cursor Is Frozen in Word 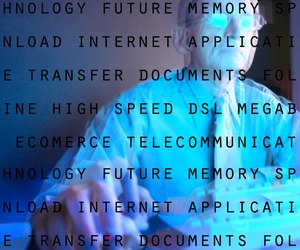 Continual cursor freezes in Word may be due to a bad registry key.
credit: Hemera Technologies/AbleStock.com/Getty Images

First try pressing ctrl, alt and delete keys simultaneously to reboot the system. If the frozen cursor continues in Word, it could be that the system has overloaded. In this case, close some of the programs that use a lot of memory, such as multiple browsers.

Hardware issues such as an ineffective mouse could cause the cursor to freeze in Word. Ensure that all drivers have been updated on the computer. Clean out the mouse. Dust and dirt lodged inside of a mouse can cause software issues that can make a cursor freeze in Word. Also ensure that the batteries in the mouse, if applicable, are fresh.

Ensure that the latest Microsoft Word updates have been installed. Visit the Microsoft Support Center to find the latest downloads and Word program fixes.

Ensure that regular maintenance is performed on your computer. Run a type of disk cleanup, scan disk and disk defragmenter, followed by an anti-virus and malware program. When a cursor is frozen in Word, it could be due to a virus that materializes from time to time.

If the cursor continues to freeze in Word, consider uninstalling and reinstalling the program. The Word program might have become corrupted from an unrelated program or system issue. By uninstalling a program and starting fresh, you can often eliminate certain bugs, such as a recurring frozen cursor in the Word program.

If the cursor is frozen in Word continually, it could be due to a Word Data Key corruption issue. There is an easy fix for this, however, it is important to be very careful when you edit the registry. A registry error could harm and crash the computer indefinitely.

First, back up the computer, prior to making any registry changes. Rename the Word data key by accessing Run from the Windows Start menu. Type regedit into the box and click on OK Locate the left side of the window. Click HKEY_CURRENT_USER\Software\Microsoft\Office\version number\Word\Data. Right-click on the Data folder. Select Edit. Rename the folder to something you will easily remember, that is similar to the current name. Then close the registry. Restart Word, and it should create a new data folder automatically.

How to Fix a Skipping Cursor

Around The Home
Productivity
By: Pat Smith

How to Fix a Stuck Cursor

Typing in MS Word Is Slow

Around The Home
Productivity
By: Matthew Caines

How to Recover a Temp File in Word

Around The Home
Productivity
By: Julia Michelle

How to Enable the Copy & Paste Functions in a Browser

Around The Home
Productivity
By: Jeanne Donnelly

Why Are the Fonts Grayed Out in My Word Doc?