The Effects of Software Piracy

A common view of software piracy portrays piracy as downloading commercial programs without payment, possibly from sketchy websites filled with viruses. In fact, illegal downloads cover only one angle of piracy. Buying duplicated copies of a program or sharing a program with a friend can count as piracy, as installing a program on multiple computers simultaneously often violates the program's license agreement. Whether performed on an individual scale or across a huge corporation, using unlicensed or improperly licensed programs can lead to civil or criminal punishment for copyright infringement. 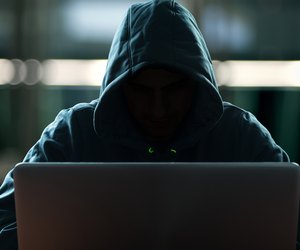 A dark figure in shadow working at a computer.
credit: Minerva Studio/iStock/Getty Images

Pirated software can carry viruses and other types of malware that infect computers. According to the Harrison Group, 24 percent of pirated copies of Windows were either infected or they automatically downloaded malware as soon as they connected to the Internet. Even if a piece of pirated software isn't infected itself, it can pose a security risk through a lack of updates: Some copies of pirated software can't update properly, leading users to continue using old versions with security holes.

Aside from security holes, using outdated pirated software can cause users to encounter bugs and glitches, leading to lost work, lost time and frustration. The hacks used to run pirated software can also interfere with software operation, such as preventing a program from accessing online features in order to avoid detection. In addition to problems with the software itself, pirated programs lack a warranty and access to customer support, making it more difficult to get help when problems occur.

Using pirated software carries high penalties under copyright law for users caught in the act. In the United States, copyright infringement can lead to up to five years in jail and a $250,000 fine. The owner of the software's copyright can also sue for damages, which can run as high as $150,000 per copy. Although the idea of software piracy might evoke an image of an a home computer user, piracy often occurs in businesses, putting entire companies at legal risk. Even the U.S. Army was caught in 2013 for using over $180 million in pirated software, costing it a $50 million settlement. If you know a company is using pirated software, you can report the crime anonymously to an industry association, such as BSA or The Software & Information Industry Association.

Pirated software takes away sales of legitimate software. According to BSA, piracy in 2011 was responsible for illegally sharing $9.7 billion worth of software in the United States. Aside from the obvious effect on software development companies, piracy also harms businesses completely outside the software industry: A 2011 study by Keystone Strategy found that law-abiding companies are put at a $8.2 billion disadvantage over the course of five years, due to other companies' willingness to pirate software to save money.

The Disadvantages of Software Piracy

What Is Software Piracy?

How to Stop Software Piracy

How Does Adware Work?

Around The Home
Productivity
By: Gigi Starr

How to Avoid the Trojan Horse Virus