As technology improves, the number of ways for your computer to become infected continues to grow. A quality anti-virus program plays a critical role in virus protection, but choosing the right software among dozens of options is no easy task. One trusted name in the industry is Norton AntiVirus, a product consumers have used to fight malware since 1991. While Norton offers a variety of benefits to its users, there are also drawbacks to consider as well. 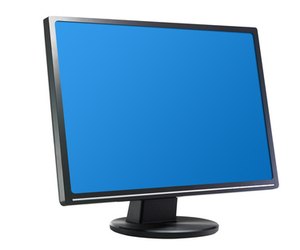 Anti-virus software can keep your computer safe from threats.

Prior to the 2009 version of Norton AntiVirus, critics such as Top Ten Reviews claimed that the software required considerable memory to function. This slowed down the overall performance of the computer and negated some of the positive effects of the program. While Norton made a point to correct this issue in the 2010 version, computers that have an old copy installed might experience resource issues.

As of September 2010, Norton AntiVirus 2011 sells for $39.99. While not the most expensive virus protection program, consumers may opt for a free alternative. With free programs like Microsoft Security Essentials and AVG Free receiving comparable ratings, you should decide whether the features of Norton are truly worth the extra cash.

Although not reported in every version, the 2010 Norton Antivirus application occasionally experiences slowness issues when running the initial malware scan on a system. Users must run a scan of the computer after first installing the software. This process occasionally takes an extended period of time. Depending on the overall ability of your computer, you might not be able to use other programs while Norton makes its first scan of your hard drive.

When installing the program on a system already infected with malware, various issues may arise. While Norton technical support suggests a fix by purchasing a separate program, alternate solutions are available that won't cost you a pretty penny. This misguided tech support suggestion was noted on PC Magazine's review of Norton AntiVirus 2010.

If you attempt to remove Norton AntiVirus, the uninstallation process proves difficult. Rather than wiping the computer clean of the program, traces of it continue to linger on the hard drive. This is one area where Norton fails to compete with its competitors, according to PC Antivirus Reviews. Reviewers asserted, "Uninstalling Norton is nowhere near as good as uninstalling McAfee, which sets the standard for fast, clean, easy uninstallation for anti-virus software."

How to Remove a Search Engine Virus

How to Temporarily Disable BitDefender

How to Activate McAfee

Around The Home
Productivity
By: Jackson Lewis