Things That Use a Computer Chip

Since the advent of the microprocessor in the mid-1970s, computer chips and systems have been incorporated into all types of industrial and commercial applications in non-obvious ways. Miniaturization is the key to these applications, as very thin, powerful and energy-efficient computer chips can potentially control a myriad of everyday items. 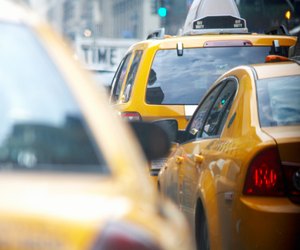 The Electronic Control Unit (ECU) in a car is connected to various sensors and analyzes data in order to adapt various systems, as in the anti-lock brake system, which is partially mechanically controlled, but also responds to ECU data. This computer system can also inform the driver of various conditions, which is the basis of the "Check Engine Light" warning, which can be diagnosed by computer readout. The ECU can also be used for performance enhancement, and it can be a potentially expensive aftermarket part.

RFID tags are thought to be the ID cards of the future, potentially containing substantial amounts of data in simple encrypted text files. They are commonly proposed for a more streamlined health-care database in which a simple universal card or tag can be updated by any physician or health-care entity to build up a complete health history of a patient. Currently, these chips are used to track wild animals, and in some circumstances, household pets.

Cell phone technology requires microprocessors as a prerequisite, even if only to properly decode incoming and outgoing phone calls, which are just wireless data. Since the rise of the smart phone in the last decade, cellphones have come to resemble traditional computers more and more in processing power and functionality. Specifically designed cellphone processors are actually leading microprocessor innovation due to the emphasis on efficiency and power use.

Many home appliances employ microprocessors, from relatively simple devices such as instant-read digital thermometers to more-robust appliances such as central air conditioners, and HDTV's, many of which now replicate some functions of traditional computers. One example of a computerized appliance that most homes have is a thermostat, which uses a microprocessor to efficiently control the climate of a home.

Around The Home
Productivity
By: Erik Devaney

Electronic Products That Have a Microprocessor

Around The Home
Productivity
By: Louis Kroeck

How to Connect Wiimote to a PC Without a Bluetooth Device