What Does it Mean to Export or Import a File? 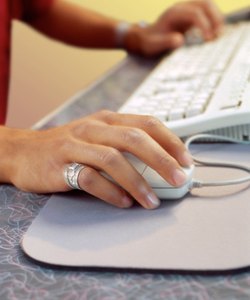 Importing and exporting allow different computer programs to read each others' files.

Most computer programs have their own way of organizing and encoding data into the files they save. They can recognize their own files but not files from another program. To export a file, the computer has to save data in a format that another program will recognize. The programmers must build this capability into the program itself, so programs are able to export in some file formats and not in others.

To import a file, a program must be able to recognize and decode a file format other than its own. Again, this is a capability that must be built into the program. Some formats are so common that nearly all programs can import them; for instance, most word processing programs can read ASCII text files (.txt files) and most spreadsheets can read comma-delimited ASCII files (.csv files). Many programs are written to import the files of their major competitors. OpenOffice Calc can import files made by Microsoft Excel, for example.

Importing From Scanners And Cameras

Another type of function generally classified as an import is to read an image directly into a document from a scanner or camera. In this case, the program reads the data directly from the scanner into the file, without saving it as a different type of file first. Scanners that can do Optical Character Recognition, or OCR, can send text directly to the file, too.

You'll often find "Import" and "Export" as options under a program's "Files" menu. But programs can also import and export files in ways that are not so obvious. For instance, when you're opening a file, you will see "Files of Type" in the dialog box; drop down the menu and you'll see all the other file formats the program can import. Sometimes import options are also found under a program's "Insert" menu. When you select "Save as ... " from the "Files" menu, the dialog box shows you all the different file formats you can export to. One of the most common forms of export is to save a document as an Adobe Portable Document Format file.

How to Open a PUB File Without Publisher

Around The Home
Productivity
By: John Michael Thomas

What Is a CSV File?

Around The Home
Productivity
By: Justin H. Pot

How to Import a Delimited File Into Excel

How to Convert LDIF Files to CSV Files