What Does It Mean to Reboot Your Computer?

Rebooting a computer unloads all device drivers, closes all programs and restarts the operating system. You may need to reboot a computer in the course of normal use or as a troubleshooting step to resolve a problem, and Windows and Mac OS both provide ways for you to restart your computer quickly when needed. 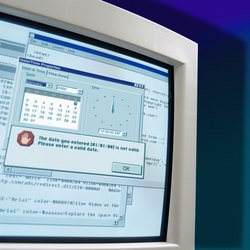 You may need to reboot your computer to eliminate error messages.

How to Reboot a Computer

Occasionally, you may encounter problems with the programs on your computer. A program may lock up or become unresponsive because it causes an error in the operating system or because it is incompatible with a device driver or another program. Although rebooting a computer does not fix an error in a program's code, it does make the computer usable by forcing the faulty program to shut down.

A computer may reboot unexpectedly in the event of a problem such as an operating system crash, overheating or a virus infection. Often, this problem can be resolved through basic troubleshooting such as starting the computer in Safe Mode to skip loading non-essential device drivers, running anti-virus software, and confirming that the cooling fan operates properly and that no intake or exhaust vents are blocked.

Save all open files before rebooting your computer unless it is impossible to do so. A computer's memory is a form of volatile storage, which means that it requires an uninterrupted supply of power to retain data. When you reboot your computer, any data held in the memory and not saved to the hard drive is lost.

How to Remove a BAT Virus

How to Reduce Memory Usage

How to Uncorrupt a File

How to Reboot a Computer Manually

Around The Home
Productivity
By: M. Wade

How Come My System Restore Won't Let Me Restore to an Earlier Date?

Around The Home
Productivity
By: Tyran DeWalt

How to Boot From a CD Through Command Prompt DOS