You've probably seen the initialism "SMH" used in Facebook chat and on other social networks. SMH usually stands for either "shaking my head" or "shake my head." However, the meaning may change depending on the context. Australian newspaper The Sydney Morning Herald has claimed the SMH initialism since changing its name in 1842 -- a full 127 years before the Internet's predecessor, the ARPANET, existed. 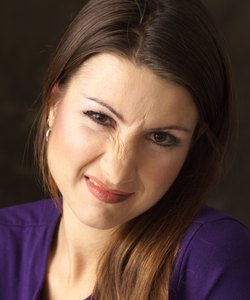 The SMH intialism indicates a strong level of disapproval or disappointment reminiscent of physically shaking your head.
credit: Photodisc/Photodisc/Getty Images

The Origins of Chat Acronyms and Initialisms

People have used shorthand to write things faster since the dawn of the alphabetical written word, so it's only natural that the practice would continue into the online world. Chatspeak evolved with online communication to speed up the communication process. Chatspeak is a type of shorthand writing used in instant messaging, social networking, Web forum text and SMS messaging. According to Web-term dictionary site NetLingo, chatspeak is also referred to as Internet acryonyms, initialisms, cyberslang, text message jargon, leetspeak, textese, SMS code and abbreviations. Chat shorthand stemmed from the need to keep chat room conversations flowing at a conversational pace; people started typing out shorthand versions of commonly used phrases instead of writing out each word.

Typically, people use SMH as a way to get across a strong sense of disappointment or disapproval. SMH often indicates a loss for words when reacting to something upsetting. Someone might use SMH in response to a news article that fits under the "dumbest criminals" context or in response to a distasteful post. According to Internet-slang website Urban Dictionary, "Shake My Head" is the most popular meaning for SMH at the time of publication. NetLingo lists "Shaking My Head" as the only definition for the SMH intialism.

Since Internet slang is a constantly changing entity, SMH can and already has taken on some alternative meanings that vary depending on the context. The Urban Dictionary's sixth most popular definition for SMH includes the alternative interpretation "So Many Haters" at the time of publication. The alternative meaning also encompasses "So Much Hate."

Chatspeak as a Function of Language

Chatspeak includes intialisms and acronyms, which are important to distinguish when pronouncing the terms out loud. Initialisms are pronounced by saying each letter individually, whereas acronyms are pronounced like words. For example, SMH is an initialism and pronounced "ess-em-aitch" as opposed to "Sih-muh." The acronym ASAP, for "as soon as possible," draws its origins from before chatspeak, but it is an acceptable chatspeak term. ASAP is pronounced "Ey-Sap" as opposed to "ey-ess-ey-pee," although someone would know what you mean if you said it wrong. While chatspeak is often criticized for degrading the English language when people use it outside of online communication, a 2009 study found that chatspeak has no affect on children's spelling ability.

What Does SMH Stand for in a Text Message?

Cool Ways to Say "I Love You" With Your Keyboard

Around The Home
Productivity
By: Angela Roe

How to Send a Formal Text

Around The Home
Entertainment
By: Pilar Ethridge