What Is a Computer Memory Unit?

Today's computer hardware relies on a sophisticated combination of processors and memory units in order to accomplish the demanding tasks of modern users. Complementing the powerful central processing unit is an array of memory and storage units. Computer memory primarily consists of three distinct types: RAM, ROM and CMOS. Depending upon the specific task at hand, a computer's central processing unit (CPU) can request assistance from various memory units found inside the computer hardware. For computer users, understanding how each of these memory units functions can help them gain a stronger awareness of the unique potential found in modern computing. 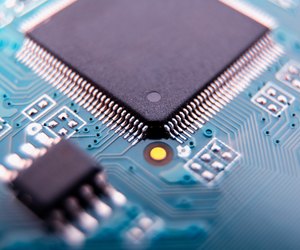 The two most commonly utilized forms of computer memory are Random Access Memory (RAM) and Read-Only Memory (ROM). The primary function of RAM is to store any essential content – such as machine code – that is currently being used by the computer in a task or application. One of the unique attributions of RAM is that data can be read and written at nearly simultaneous speeds within RAM. Because of this, RAM helps facilitate higher operational speeds and ensures that computers can handle a wide array of tasks concurrently rather than allowing for action to take place in a singular format.

Understanding ROM and Its Function

Unlike RAM, Read-Only Memory (ROM) allows for much slower transfer and modification of data. While RAM is considered to be a volatile form of memory unit, ROM is classified as nonvolatile. Unlike RAM, which is primarily used to store information that is being used in real time, ROM typically hosts firmware and other "fixed" content that won't need to be replaced or modified at frequent intervals. Many developers consider ROM the ideal location to park data that is deeply linked to a specific piece of hardware. Until the hardware is either removed or modified, the data stored in the ROM would likely remain undisturbed.

Complementary metal-oxide semiconductor (CMOS) is another form of memory which offers the unique ability to retain content even when it loses power and the content was not saved. With that in mind, CMOS is often used for tools such as establishing a time clock on a computer and other persistent functions. Outside computers, CMOS can often be found in a variety of nondigital hardware, such as RF circuitry. In combination, ROM, RAM and CMOS provide users with a nearly endless array of functionality and opportunity in their computer use.