What Is the Difference Between a CPU & a Processor?

This sounds like a trick question, but it has merit. The Central Processing Unit (CPU) is a microprocessor that controls the execution of program instructions. In a computer, it is considered to be the brains. However, other devices such as hard drives and tape drives, employ processors to execute read/write commands and address error conditions. 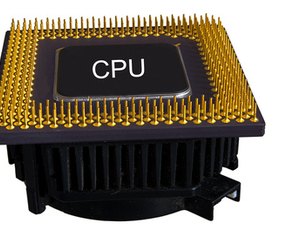 History of the CPU 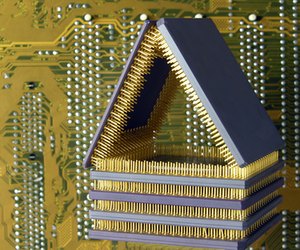 A house of processors.

Intel introduced the first single-chip microprocessor in 1971. It was invented by Intel engineers Federico Faggin, Ted Hoff, and Stan Mazo. The Intel 4004 microprocessor held all the processing functions -- CPU, memory, input and output controls -- on one small chip. This new invention revolutionized the design of computers. The CPU has increased in power as it has shrunk in size. Intel is the Gold Standard in microprocessor technology today.

What Does a CPU Do?

The CPU, in all its glory, really does just three basic tasks, albeit extremely fast. It takes in information, does some operation to or with that information and provides output (results) of the operation. It accomplishes this by using several key components. The Arithmetic Logic Unit (ALU) performs subtraction and addition in binary and does some logical operations such as AND, NOT and OR to assist the CPU. Control circuits direct data traffic to and from the CPU to the much slower input/output devices. The Memory Management Unit monitors data flow to and from memory.

What Does a Processor Do? 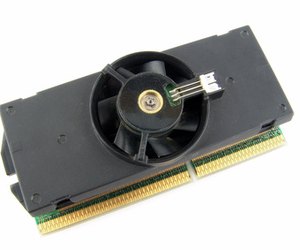 A processor -- "the part of a computer (a microprocessor chip) that does most of the data processing; the CPU and the memory form the central part of a computer to which the peripherals are attached " -- carries out a series of simple instructions such as fetch instruction, decode it, fetch required data, execute instruction and store the results. This sounds an awful lot like what a CPU does. That's because when speaking of computers the terms CPU, processor and microprocessor are commonly used interchangeably.

What Is the Difference Between a CPU & a Processor?

As has become obvious, there is no difference at all between a CPU and a processor. At least not when one is referring to a modern computer. That's because the word "processor" has become a catchall for CPU and microprocessor. That's accurate as long as one is speaking of computers. But this approach can be almost as short-sighted as some who refer to their entire computer as the "hard drive."

While CPU, processor and microprocessor have become used solely to refer to the "brains" of the computer, other devices use processors too. And some, like hard drives, have their own RAM and FLASH memory in addition to a processor. So if there is any difference between CPU and processor, it may hinge totally on job title.