What Is the Golden Rule of Netiquette?

As the internet brought new forms of communication, it quickly became evident that new rules of behavior were needed to help people adapt. The term netiquette (a combination of internet + etiquette) was coined to describe acceptable behaviors for social engagement in cyberspace. It all comes down to treating other people the way you want to be treated. 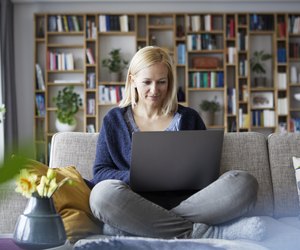 What Is the Golden Rule of Netiquette?
credit: Westend61/Westend61/GettyImages

In 1994, a technology writer named Virginia Shea published a book called Netiquette that described suggested behaviors for effective online interactions. The contents of the book have been reprinted so widely online that they've become a standard. Many colleges and universities include the rules on their websites to help maintain peaceful online academic communities. Even with rapid advances in online searches and social media over the past 25 years, the core message of the book still holds true.

The first rule of Netiquette is often called the Golden Rule because it corresponds to the basic rule of getting along that most of us are taught as children: do unto others as you'd want them do unto you. The rule is summarized by Shea with the phrase Remember the Human. It's easy to become impersonal and rude when you're face-to-face with a computer screen, so we must never forget the human beings on the other side of the screen who deserve respectful treatment. Words in cyberspace need to be weighed carefully to avoid miscommunication and hurt feelings.

Be Polite, Keep Your Ethics

Most of us try not to resort to name-calling and cursing during face-to-face social encounters. The same self-restraint should be shown online. Unless you're communicating with a closed group of people who don't mind rudeness, always use a polite tone online. This is especially true for public postings that can be traced back to you and may live online for years.

Another important Netiquette rule is to continue to follow your personal ethics while in cyberspace. If you wouldn't steal something from a stranger, shouldn't those same rules apply when it comes to downloading pirated versions of movies, music or software? According to Netiquette, you should do your best to respect the laws of the real world as well as those of cyberspace. Although standards of behavior may be different in some areas of the internet, try not to lower your moral standards when you go online.

Take Pride in Your Appearance

The impression you make online can be very important, just as your clothes and grooming can be important in society. If you're communicating with anyone outside your circle of family and friends, make sure your grammar and spelling are correct since you'll be judged on the quality of your writing. Also make sure you know what you're talking about before publishing secondhand information. Above all, be pleasant and polite, avoiding confrontation when possible.

Flaming has become a common occurrence online. Many people feel that asserting their opinion online gives them a license to unleash their strongest emotions. Netiquette recognizes that a certain amount of flaming is part of the tradition of internet communication, but discourages the perpetuation of "flame wars" in email, online forums and social media feeds. Avoid flaming that threatens to destroy the camaraderie of a discussion and ends up being a waste of everyone's time.

When the original rules of Netiquette were published, the most obvious way you could disrespect someone's online privacy was by reading his email. Today there are hundreds of other ways, from sharing someone else's private photos to lurking on someone's social media sites. If you'd never dream of going through a co-workers drawers or peeking through a neighbor's windows, show the same respect for their online privacy as you do in real life.

How Does the Internet Affect Human Communication?

How to Report Scams to Yahoo Fraud

Around The Home
Entertainment
By: Nadine Ali

How to Get Rid of a Cyber Stalker

The Disadvantages of Online Communication

Around The Home
Productivity
By: Nicole Vulcan