A computer processor, or central processing unit (CPU), is the brains of the computer. It runs the operating system and application software installed on the computer to do whatever the user wants to do. The CPU handles most operations on a computer, but some operations are handled by specialized tools such as graphics processing units (GPUs). 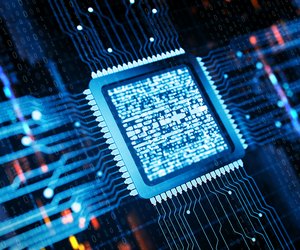 Purpose of a CPU

The purpose of a computer processor is to do the actual computation done by the computer, which includes managing the computer's memory, handling input from users, sending them output and doing whatever calculations are necessary.

A processor is an essential part of any computer since, without such a chip unit, it's unable to perform any operations or run any software. Computer software is encoded in machine language, which is a numeric code that CPUs understand and process as a series of simple commands. CPUs communicate with other devices installed on a computer, such as input and output devices and memory chips.

Common manufacturers of CPUs include Intel and AMD, which make processors for desktop and laptop computers, and Qualcomm and ARM, which make chips designed mostly for smaller devices like smart phones and embedded tools.

In addition to the brand name and model of a CPU, there are stats that you can use to compare different processing chips.

The most commonly cited statistic about a CPU is its clock speed, which refers to how many program instructions it can run in a second. This speed is typically measured in megahertz or gigahertz.

Another important measurement for comparing CPUs is the number of cores in the chip. A core is an independent processor within a processor that can run commands in parallel with other cores. There's a limit to how much software can be divided into units of commands that can run simultaneously, so adding additional cores only speeds up computers some, but in general, CPUs with more cores run faster than those with fewer cores.

Depending on your needs, you may want to look at the power consumption of a particular CPU. Faster CPUs sometimes use more energy than slower ones, but computers have become more efficient over time

Computers often include additional processing units beyond the CPU. The most common type is the graphics processing unit that is designed to display video on a computer screen.