What Noises Are Heard if a Phone Is Tapped? 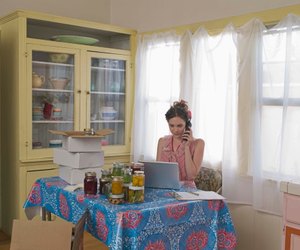 You can sometimes hear background noises if your phone is being tapped.

Static noises are one of the common sounds you might hear if your phone is tapped. While some static is possible in certain situations, such as going under a mountain where reception is poor, if you are not in a situation where static might occur, the phone might be tapped. By itself, static is not a sign that your phone is being tapped because other factors might cause that sound.

The sound of scratching, which is generally not caused by something like going through a mountain tunnel, is associated with a phone tap. According to the website VoIP News, scratching is potentially caused by capacitive discharge that comes from the phone tapping device. A scratching sound should send up the red flag that something is interfering with your phone.

Clicking is another potential sound you might hear in the background of a phone conversation when you have a tapped phone. Clicking, which is sometimes described as popping, might occur occasionally throughout the conversation or create an almost constant background sound. It is also caused by discharge from the phone-tapping device. This sound, like static, is not enough by itself to determine if someone is listening in because it can also come from other sources.

An echo is a repeat of what you've said or what someone else has said while you talk on the phone. Echoes alone are not enough to determine a phone tap because several situations can cause it. For example, if the other phone is put on speaker, you might hear an echo from the speaker phone. Also, odd weather conditions might sometimes result in an echo. When combined with other sounds, this sound indicates a potential phone tap.

Noises While Not Talking

Any time you hear noises from your phone while you are not using it, such as a dialtone while it is on the hook, be wary. In this case, a phone tap is likely.

How to Detect a Cell Phone Tap

Around The Home
Entertainment
By: Kayar Sprang

How to Detect Cell Phone Interception

Around The Home
Entertainment
By: Jesse Strickland

How to Tell if Your iPhone Is Tapped

Around The Home
Entertainment
By: Carolyn Sorrell

How to Stop Phone Tapping

Around The Home
Entertainment
By: LaTasha Rogers

How to Turn Your iPhone on Silent

Around The Home
Entertainment
By: Melissa Rogers

My iPhone Is Making a Clicking Noise