The Broomstick Challenge Has Taken Over the Internet 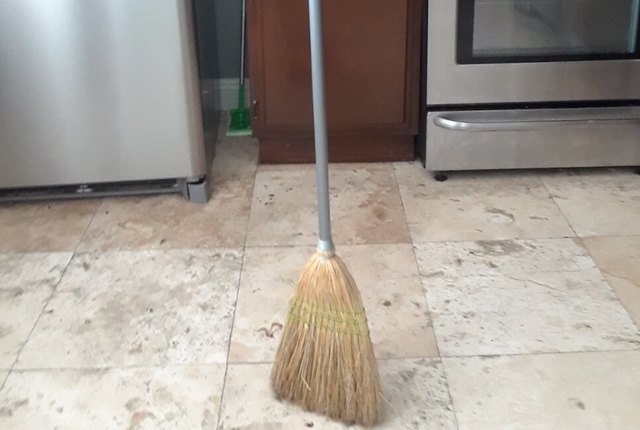 By now, you've probably seen the Broomstick Challenge—whether you wanted to or not. The latest internet challenge involves a broomstick and a... well, just a broomstick.

An old hoax was brought back to life this week on Twitter, which claimed that when Jupiter and Venus are aligned, something happens to the gravitational pull that makes broomsticks stand upright, unassisted.

Okay so NASA said today was the only day a broom can stand up on its own because of the gravitational pull...I didn’t believe it at first but OMG! 😭😭😭😭😭 pic.twitter.com/M0HCeemyGt

The planets were supposedly in the absolute perfect position for the broomstick magic on February 10th, but the internet proved that theory wrong by taking videos of their own broomsticks standing upright on February 11th (and so on).

So really, it's just a cool trick. But the people of Twitter don't disappoint, per usual.

we had to go test it... pic.twitter.com/DNtkOlLRGd

AYE I DIDNT BELIEVE IT AT FIRST EITHER 😂😂 pic.twitter.com/zHTopEtKah

No, NASA did not tweet out yesterday was the day brooms would balance. I balanced this one this morning. These short bristles on these brooms act like a tripod. #broomgate pic.twitter.com/bTAOx6xYbo

I feel like this helped with my trust issues with the internet. pic.twitter.com/sfvgUusw2V

It has to be the right kind of broom though.

How Does the Internet Affect Human Communication?

Everything Coming to Hulu in February 2019

Everything Coming to Amazon Prime Video in February

Everything Coming to Netflix in December 2018