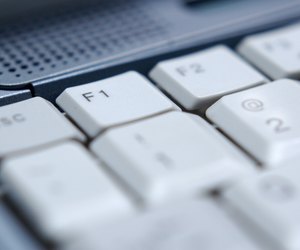 Use function keys to access menus, save changes and create shortcut keys. Various applications, including Microsoft Office, allow you to select a function key as a shortcut key for running specific tasks. In most cases, you can find shortcut key settings for application on the Tools, Options or Settings section of the menu bar.

Each Compaq Presario computer has twelve function keys. The most commonly used keys are "F2," "F8," "F10" and "F12." The first three are used mainly to access and use the Compaq BIOS. "F12" is used to access a set of run from options during the boot process.

Note that some programs may already have certain function keys set as shortcuts. Open menus and view the shortcut keys beside each menu item before setting your own shortcuts.

Each function key has a dual use. Press "Fn" plus the desired function key for the key's secondary function or use. Below each function number is a small picture within a square or rectangle. This dictates the secondary function or use. "F1" opens help and support. "F2" serves as a printer shortcut. Open your homepage by pressing "F3." If you use dual monitors, switch between monitors by using "F4." "F5" puts your computer in stand-by mode. Lock your computer quickly by pressing "F6." "F7" and "F8" adjust the screen's contrast. Play and pause your music in Windows Media Player or other default media player by using "F9." Press "F10" to stop playing media. Skip ahead or rewind media by using "F11" and "F12."

In addition to top-row function keys, the "Fn" key also works with other keys with dual functions. Any key with a small square on the key provides a secondary function such as "Scroll," "Insert" and "Delete." Since laptop keyboards have no number pads, certain keys serve as the number pad by pressing the "Fn" key.

How Do I Unlock the Space Bar on My Computer Keyboard?

How to Take a Screenshot on a Gateway Laptop

Around The Home
Productivity
By: David Clair

What Do the F1, F2 and F3 Mean on the Computer Keyboard?

How to Set Up Special Keys on Microsoft 4000 Keyboard

Around The Home
Productivity
By: Johnathan Cronk

How to Program the Buttons on My Dell Keyboard

Around The Home
Productivity
By: Alexis Lawrence

How to Enable Function Keys on a Microsoft Keyboard

Around The Home
Productivity
By: Jacob Stover