The desire of businesses and individuals to go paperless has been hindered by the inability to sign legal and contractual documents other than by the traditional means of printing and completing in ink. The advent of the digital signature, either direct or arbitrated, has alleviated this roadblock for many. A digital signature is able to incorporate security measures using private keys (known only by the sender) and public keys (known by both sender and receiver). The public keys "unlock" the encrypted signature upon receipt. Since these keys are known only by the sender, receiver and in some instances an arbiter of the digitally signed document, they can be verified as authentic, if required. 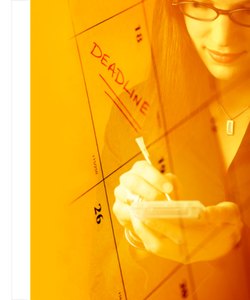 Knowing the potential problems with a direct digital signature will help to differentiate it from an arbitrated digital document. Perhaps the biggest concern is the need for trust between the sender and receiver since there is no independent verification process in place. This process also requires the sender to have a private key (the receiver only has the public key they both share), and if the sender says it was lost or stolen, he can claim the signature is forged. Having the private key actually stolen, and subsequently forging signatures, is a potential security threat using a direct digital signature.

Filling many of the concerns of the direct signature by using a trusted arbiter, an arbitrated signature has shortcomings of its own. Using an arbiter requires complete trust from both the sender and receiver that the arbiter will not only time-stamp and forward the document as instructed, but also not alter the data in any way. There is also the possibility that an arbiter may show bias toward one party or the other should any discretion arise.

How to Delete an Acrobat Signature

What are the Advantages & Disadvantages of a Digital Certificate?

How to Send Money Anonymously Online

How to Protect an Electronic Signature

Around The Home
Productivity
By: Krista Martin

The Disadvantages of Asymmetric Encryption

Advantages of a Digital Certificate