The Disadvantages of Mobile Phones in Schools 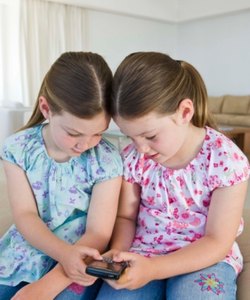 Consider cellphones' impact in the classroom.

In today's technological world, cellular phones have become an integral part of day-to-day life. People of all ages rely on them for both communication and entertainment. However, some people disagree on whether cellphones are appropriate for certain places, such as the classroom. It's important for parents, teachers and students to understand the detrimental effects of cellphones in schools.

Kids are always under pressure to do well in school. As a result, the occasional student may cheat on a test. Mobile phones are capable of more than just calling and texting. Students can easily gain Internet access through their phones during an exam. Additionally, they can listen to recorded information. This is facilitated by "exam cheat equipment" such as inconspicuous ear pieces, that students can purchase online.

Before cellphones, bullying was limited to physical or verbal abuse. Now, mobile phones can take pictures and videos, creating a trend called "cyber-bullying." Students have used their phones to embarrass their peers or teachers. For example, students may record school fights and post them online. Teachers are not immune to the bullying. Kids might record their teacher losing his temper, then post it on sites such as YouTube. Common sense would dictate that these acts can be humiliating to the victims and harmful to the school's reputation.

Texting in class has become a serious concern for educators. Dr. Patricia Fioriello, moderator of the High School Mediator website, warns that students can't focus on the lesson if they are busy sending messages on their phones. She also explains that this behavior negatively impacts the class environment. It distracts teachers and students who are trying to concentrate on the lesson. If a student is focused on texting, he is unable to absorb the information being demonstrated.

Unlike texting, which is a nuisance, "sexting" involves sending sexually provocative pictures or messages. It is no secret that teenagers are powder kegs of raging hormones, constantly learning about their sexuality. However, these self-taught lessons come at a price. While sexting between two people can seem harmless, there is no guarantee that the recipient will keep them private. Once a photo is sent, it can be forwarded to any number of people or uploaded online. The ensuing backlash can result in ridicule, bullying and even suicide. "Psychology Today" cites the cases of Jessica Logan and Hope Whitsell, who both killed themselves after suggestive pictures of them were circulated around the school. Logan graduated, but committed suicide soon after. Whitsell was suspended for the picture, but she could not face the constant harassment that she endured at school.

Although the disadvantages of cellphones in schools are quite apparent, the decision to regulate or ban them is up to each school. Some institutions prohibited mobile phones and pagers near the turn of the century. Many schools allow the devices because of external pressure from parents who claim that cellphones are important for emergency communication. National School Safety and Security Services recommends that only teachers and staff carry cellphones for use during a crisis.

Use of Mobile Phones on a College Campus

Around The Home
Entertainment
By: Ashley Brooks

Can Cyberbullies Be Caught?

Around The Home
Entertainment
By: Heath Wright