Technology has revolutionized the way people communicate, linking humans in a real-time network across the globe. However, technology has also changed communication in many ways, and some of them are not for the better. While some of these negative effects are relatively minor, in some cases they have had profound effects on the lives and well-being of users. 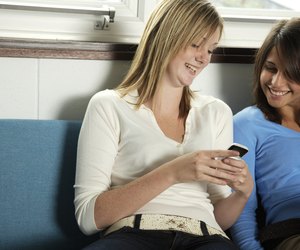 Cell phones and mobile devices allow users to stay connected even when away from their computers. While this can be a great benefit, especially in emergencies, it can also be a dangerous distraction. Hundreds of thousands of people suffer injuries every year in accidents involving a distracted driver, and texting and cell phone use are primary sources of distraction behind the wheel. While it may only take a driver a few seconds to read a text message, during that time his vehicle could travel the length of a football field without his eyes on the road. Technology can also be a distraction at home or in the office, as always-present instant messaging applications and social networks can draw a user's attention away from more important matters.

Technology can also affect the quality of communication. One of the great benefits of the Internet is its anonymity, allowing users to explore and communicate without having to give away their personal details. Unfortunately, this can also lead to users behaving in ways completely different than they would in a face-to-face conversation. When the Internet reduces a person to a faceless screen name, it can make it hard for some users to remember that an actual person exists behind the avatar, which can encourage hostility and exclusionary behavior. Young people are especially prone to online hostility, with 43 percent of kids reporting that they've suffered online bullying -- 25 percent of them on more than one occasion.

Technology can create elaborate social networks online, but these can unexpectedly lead to social isolation. In some cases, communicating online replaces face-to-face interaction for users, reducing the amount of time they actually spend in the company of other human beings. In addition, these social networks sometimes replace a small number of strong social connections with a larger number of much shallower connections, leading to situations where a user may have large numbers of "friends" but few actual real-world companions. This can lead to depression and feelings of loneliness, and the lack of a support system can make it difficult for users to reach out and find help for these issues. According to Slate, polling suggests the number of adults who describe themselves as "lonely" has doubled since 1980, and that spending more time online with social networks can actually have an adverse effect on a user's happiness level.

Another potential hazard of communicating via technology is a lack of privacy. Communications you send over the Internet may be insecure, allowing third parties to read email conversations or intercept instant messages. If an outsider manages to compromise an email account or application, he may gain access to months or even years of correspondence. Encryption can help keep communications safe from prying eyes, but protecting every link in the social communication chain can be difficult. Malware authors are even beginning to target phones and mobile devices, recognizing them as always-available windows into their owners' personal lives.