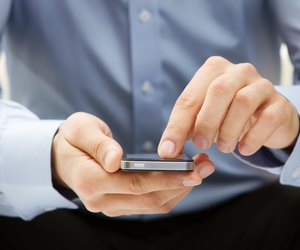 Cell phones will work during a power outage, but your calls may not get through.
credit: Nastco/iStock/Getty Images 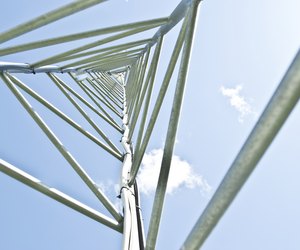 Cell services depend on antennas and base stations to connect calls between towers.
credit: Xerv_II/iStock/Getty Images

Cellular services depend upon antennas and base stations to connect calls from one tower to another and to other cellular and landline providers. Assuming your cell phone is fully charged, power outages can still call cause problems at cell towers, cell company switching equipment, other cell service and landline providers, and business and residential users. 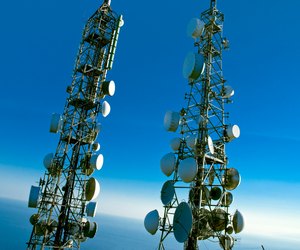 Verizon reminds investors that the FCC imposes "specific mandates" on wireless carriers including "backup electric power at most cell sites." Therefore, cell towers typically have battery backup arrangements that support operations for two to four hours, depending upon call traffic. In 2008 the FCC wanted to order an eight-hour minimum, but the Bush administration asked for more study. In critical service areas, battery backup is enhanced by generators that automatically start when the batteries cannot provide enough power.

All Towers Except Yours 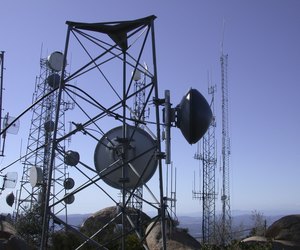 In a power outage, a cellular provider with 25 towers in your region may be proud that only one tower failed to stay in operation, but if that's your closest tower, you won't be happy, especially if you're in a suburban or rural area where towers are relatively far apart. 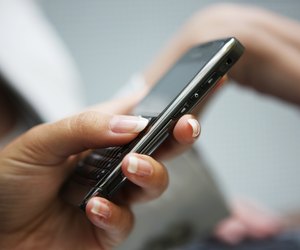 There could be a lot of extra phone traffic during a power outage.
credit: webphotographeer/iStock/Getty Images

Expect your provider to have backup power for their switching equipment, which should continue to work for as long as they need it to, but there could be a lot of extra traffic. Some calls may experience delays, which should only be for urgent purposes. 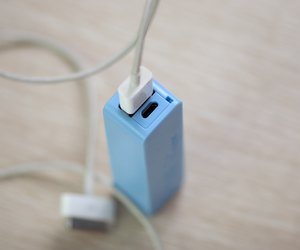 Your family and relatives vulnerability is the same as yours even if they use another provider.
credit: Anil Bolukbas/iStock/Getty Images

If your relatives or friends or boss use another cell service provider, their vulnerability is the same as yours, including whether their phone was fully charged when the outage started.

Your Company and Grandfather's Cordless 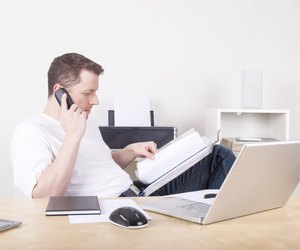 The company you work for may have backup power to stay in operation, but residence users usually don't. For example, grandfather finally got a cordless phone and still doesn't want a cell phone, because the copper wire landline he's had for 40 years will work fine during a power outage. Older style central offices have plenty of backup to power the equipment and lines themselves. However, the cordless sitting next to him as he tries to read the paper by candlelight will not work or even ring, so Grandpa cannot even know you're calling. 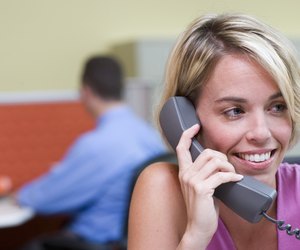 However, if Grandma still has an old hard-wired phone on the wall in the kitchen or next to the bed, they'll still be able to receive your call on these phones as if nothing has happened.

Can My Wireless Carrier Track a Stolen Phone?

Around The Home
Productivity
By: Nicole Vulcan

How to Disconnect the AT&T Landline Service

Around The Home
Productivity
By: Angela M. Wheeland

How to Forward a Phone Number

Around The Home
Entertainment
By: Michael-john Wolfe

How to Switch Cell Phones From AT&T to Sprint

Around The Home
Entertainment
By: Shelley Smith