Averages are only averages, but the age when kids get their first phones seems to be falling fast. Back in 2013, the CTIA (aka the Wireless Association) set 12 as the average in the US. According to a study conducted by the National Consumers League (NCL) in 2014, nearly 60 percent of parents were offering phones to kids just ages 10 to 11. The following year, a survey conducted by coupon company VoucherCloud declared 6 to be the average age. 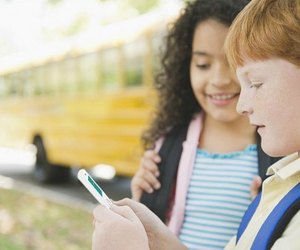 Meanwhile, special kid-friendly phones and calling plans keep popping up. Sprint, for instance, sells the WeGo. WeGo is a simple phone aimed at 5- to 12-year-olds. Its many features include one-button calling, the ability to program the phone with "allowed" incoming and outgoing phone numbers, and a "panic alarm."

Maybe you've seen 5- or 6-year-olds wielding phones in your own neighborhood, and maybe you haven't. But there are kids in that category, and some are outfitted with high-end smartphones, no less.

"Honestly, my parents are extremely [strict]. I am 12 and just got my phone," wrote Kenri, in a post to PBS.org. "But I have seen kindergarteners, KINDERGARTENERS with iPhones. [That's] absurd!"

Regardless of the average age of first phone ownership nationally, decisions about entrusting phones to children need to be made individually. Here are four questions you can ask to help decide for yourself.

It isn't hard to envision a 5- or 6-year-old at the playground calling Mom or Dad on a WeGo or a standard flip phone to ask for a ride home. But kids who are just learning to read and write aren't likely to text their friends or research school reports over the mobile web. 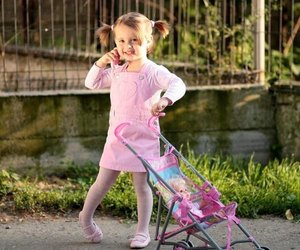 That picture changes starting in middle school, however, when kids get busy with sports and other after-school activities, noted John Breyault, VP of public policy, telecommunications, and fraud at the NCL, in an interview with Techwalla. At that point, kids who don't have phones can start to feel left out of the social loop.

"To be excluded from meeting up with friends, to not being able to talk to girls outside of school, to still have friends but sometimes get distant because you have no idea what they are talking about… Anyone who has a high school student, do not put them through this. Get them a phone," exhorted a high school freshman, also on PBS.org. 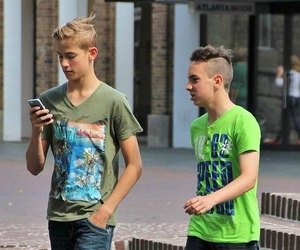 Indeed, in the VoucherCloud study, about 31 percent of parents reported that they had purchased phones for their kids as a security measure. Yet 20 percent said they did so because they wanted kids to be able to keep up with their friends.

2. What is your child’s maturity level?

Beyond chronological age, a child's maturity level is an important factor. Kids who frequently lose other possessions, disregard family rules, or bully other kids make less than ideal candidates for phone ownership.

On the other hand, presenting a phone to a child may be a good way to help the youngster build maturity. Parents should discuss any areas of concern with their children, explaining things like the need to take care of the phone and why the phone shouldn't be used as a tool for harassing or annoying other people.

One strategy is to start a kid off with an inexpensive flip phone and a prepaid calling plan that is limited to phone calls and texts. If the child misbehaves (either with the phone or in other ways), you can take away the phone for a while. You can motivate children by telling them that if they do well with this type of phone, they can graduate to a flip phone that has some web capabilities or even to a smartphone.

Now that so many calling plans include unlimited calling and texts, there is usually no financial imperative for kids to understand concepts like "premium minutes," and for parents to set limits on numbers of texts, Breyault observed.

Nevertheless, children who use smartphones should be knowledgeable about data caps, and about the need to stay away from potentially hazardous apps and sites. Parents might want to install parental control software to help keep their kids safe. 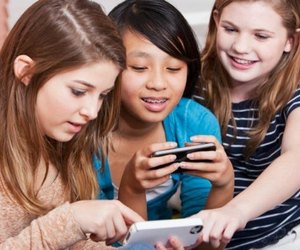 3. What are the school's cell phone policies?

Some schools ban cell phones everywhere on school grounds, and some prohibit them in classrooms only. Others, however, are integrating smartphones into classroom activities.

In the spring of 2015, for instance, New York City rescinded a decade-long ban against carrying cell phones on school grounds. Decisions about where cell phones can be used and stored are now left to principals at individual schools. Typically, students are allowed to use phones during lunch or in designated areas, and to store the devices in backpacks during classroom instruction. The city also announced that its school department would begin helping teachers incorporate cell phones into classroom instruction.

Catholic High School in New Iberia, Louisiana, already integrates phones into the classroom. Seniors there have used their phones to convert historical information about their home town into QR codes, which then became part of a student-designed walking tour. Smartphone users who take the walking tour can learn about historical buildings along the way by scanning the QR codes on their own devices.

Smartphone integration is happening in other school districts, too. "It's really tough going through high school without a phone because many teachers expect you to have one, so they include activities with smartphones in class," attested wild_tardis, also on PBS.org. 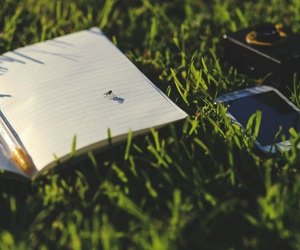 Obviously some families have more money available than others to spend on their kids' cell phones. But if at all possible, children shouldn't be deprived of phones simply because of family finances. A first-grader might not have much need for a cell phone; older children usually do.

If you have kids in middle school or above, set cell phones as a financial priority. Kids who are old enough might chip in by contributing some of their earnings from babysitting or paper route jobs, for instance. A phone can make for a cool birthday present, too.

If your kid has his heart set on an Apple iPhone or a Samsung Galaxy, you don't need to spring for a $700 cutting-edge model. Refurbished models are available for much less. If those are out of your price league, too, you can get a new lower-end Android phone for as little as $25, with a prepaid plan priced at around $30 a month.

If data plan overages are a worry, establish limits on things like movie watching and music downloads over the cellular network. Urge kids to perform data-intensive tasks on home or school Wi-Fi networks.

Regardless of which phones your kids are using, establish a rule against costly directory assistance calls. Kids with smartphones can Google phone numbers instead.

If you are buying a pricey phone, purchase an insurance plan that covers both loss and breakage of the device.

Getting a phone can be an emotional issue for a child. So talk with your kid about the reasons for choosing a particular type of phone, as well as any reasons for wanting to wait. 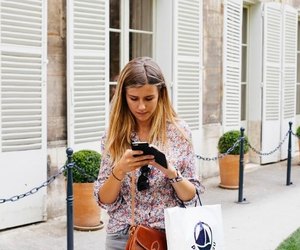 The Great Phone Switch: A Cautionary Tale About Teens and Smartphones

The Disadvantages of Mobile Phones in Schools

Around The Home
Entertainment
By: Alex Saez

A Bunch of Trendy iPhone Cases for Teens