How to Find the Fire & Police Frequencies for My Scanner

With the decline of local newspapers and independent TV and radio stations, it's sometimes surprisingly hard to know what's going on in your neighborhood. Social media takes up some of the slack, but a radio scanner provides a more direct way to keep up. With a scanner and a good list of frequencies, you can hear your local news as it happens. 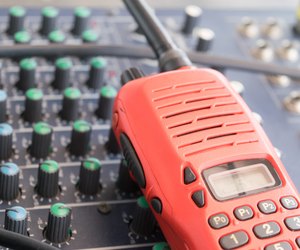 With a scanner and a good list of frequencies, you can hear your local news as it happens.
credit: sompong_tom/iStock/GettyImages

If you just bought your first scanner, try asking the retailer or online seller for some codes to get you started. You're more likely to be successful with a local retailer than a big-box outlet because local retailers need to be more "dialed in" to their community than the major outlets. Some online retailers may also be able to provide you with a list of police scanner frequencies for your area or point you to a site where they're available.

Unsurprisingly, going online is your most reliable option for finding scanner frequency codes. A few minutes of internet searches should turn up a number of sites and forums to investigate, mostly organized and run by radio hobbyists. They range from national and international sites with hundreds of thousands of members to local and regional versions with a few dozen.

Maintaining up-to-date lists of frequencies is one of the major activities in these forums, so the only difficulty lies in finding a forum that has frequencies for your specific area. It's often useful to compare lists between sources, because each may have a few frequencies that others don't.

Some online forums and hobby sites are operated by clubs that meet periodically in a specific area. If there's a radio scanner club anywhere close to where you live, joining it can help keep you up-to-date with the latest frequencies, while putting you in touch with people who have similar interests to yours.

If there's no scanner-specific club in your area, look for amateur or ham radio clubs instead. Ham radio is a more technical hobby, but there's a lot of overlap between the two interests. Your local amateur radio club is often an excellent source for up-to-date lists.

During Radio Shack's heyday, the company was a major source for scanners and related products. If you keep your eyes open in thrift stores and used book stores, you may find Radio Shack scanner frequency books selling for modest prices. Some of the frequencies will be outdated, depending on the book's vintage, but many of them will still be useful. You may also find one with updated frequencies handwritten in the margins by a previous owner.

If you're having trouble finding frequencies for your area, or if the lists you find leave out things you're interested in, use your scanner to locate them. Most models give you the option of scanning for frequencies as well as listening to known frequencies. So, if you know which band of frequencies to search — aviation frequencies are all between 118 MHz and 135.95 MHz, for example – set your scanner to cycle through those frequencies continually and make a note of what's being used in your area.

If you received a list of codes from a club or forum in your area, it's good etiquette to "pay it forward" by sharing frequencies you discover on your own.

For a lot of reasons, even the best list won't let you listen to everything. Sometimes the reason for that is basic technology: Your scanner might not receive a band you're interested in, or it can't pull in far-away signals without an external antenna and possibly a signal booster. The broadcasts you're interested in might also be on a frequency-switching or "trunking" system that's hard to follow, or in some cases – with police forces especially – they may be encrypted for security reasons.

You may also face legal limitations. Some states make it illegal to listen to a scanner while you're driving or to personally profit by what you overhear. If you drive a tow truck, for example, you can't listen for accidents and then "happen" to be in the right place at the right time. It's also illegal to eavesdrop on cordless or cellular phone calls.

How to Listen to Police Frequencies on the Internet

How do I Program a Bearcat BC148XLT Scanner?

Around The Home
Entertainment
By: TaraK

How to Monitor Police Frequencies Online

Around The Home
Entertainment
By: Brendan O'Brien

How to Reset a Uniden NASCAR Scanner

How to Program a BC 560XLT Scanner

Around The Home
Entertainment
By: Patrick Nelson