How to Test VPN Speed

Testing the speed of a virtual private network is slightly different from testing your regular Internet connection. Both speed tests use the same tools, but without some important information, a test on your VPN may deliver inaccurate results. Testing your VPN's speed costs nothing, so it's always a worthwhile troubleshooting step when you have a poor connection speed. 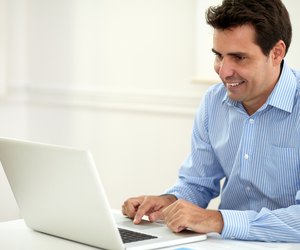 You can test your VPN's connection speed from anywhere that has a stable Internet connection.
credit: pablocalvog/iStock/Getty Images

The most important piece of information for testing your VPN's connection speed is the location of the VPN's host server. The distance between your computer and the server directly affects speed, as in most cases your connection has to be routed through several hubs in order to make long-distance connections. The further away, the slower the speed. You'll need to configure the speed test to connect you as close to the host server as possible, even when doing your non-VPN control test. The VPN test will automatically choose this location, but the non-VPN test won't, skewing the results before comparison.

To perform the actual test, you'll need to make use of a connection speed tester. There are several available online for free, including Ookla's SpeedTest.net, Speakeasy Speed Test, BandwidthPlace's Speed Test and speed tests from Verizon, Xfinity and AT&T. Most of these tests will automatically detect your location or the location of the VPN, but not all of them. In either case, the first test you perform should be off the VPN, but with the VPN's server location set as the test point. This will give you a more accurate representation of your direct connection speed to the area without the effects of using the VPN and will thus serve as your control speed. Once you have a control number, connect to the VPN and perform the test again using the same location.

Once you've finished testing, you should have some results to compare. Generally, the VPN results will be slightly lower than the control speed results. This is normal, the result of the tunneling and compression mechanisms VPNs use to secure data transmitted over the network. For the best reflection of available connection speed, you should perform your tests when as few people are using your LAN and VPN connections as possible, to reduce bandwidth congestion. Performing multiple tests for each value and averaging the results can also be useful for determining your overall connection speed.

There are several factors that can lead to slower connection speeds on your VPN. Network congestion caused by other users on your LAN or wireless connection will slow down overall speed, which will in turn slow down your VPN speed. Also, if there is considerable distance between you and your VPN's host, especially transcontinental distances, then performance will always be less than you can expect from a closer connection. While speed tests can be a useful tool for diagnosing connection issues, their scope is somewhat limited -- they can indicate that something is wrong with the connection, but not the cause.

How to Set Up a VPN on an iPhone

How to Optimize Gaming on a Router

How to Enable VPN Passthrough

How to Make Frostwire Faster

Around The Home
Productivity
By: Chris Anzalone

How to Test My Internet Strength

What Can Affect Upload Speeds?