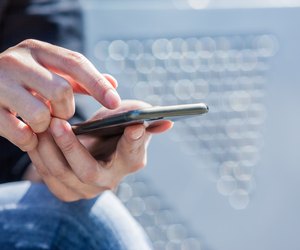 The international mobile equipment identity, or IMEI number, is essentially a serial number for your cellphone. Your SIM card has its own unique number, called the international mobile subscriber identity, or IMSI. Police and cellphone companies can track phones using these numbers, but the average person might have more luck using "track my phone" apps from their phone carriers.

Understanding the IMSI and IMEI

Every modern cellphone has its own unique identifier called the international mobile equipment identity, or IMEI. That's essentially a serial number for the phone. Your carrier usually has it on file, and you can usually access it through the menus on a smart phone or by entering special codes on other types of cellphones.

Your SIM card also has its own unique number, called the international mobile subscriber identity, or IMSI. That essentially identifies your cellphone account and includes a code identifying the carrier that issued your plan. If you have multiple SIM cards, they'll each have their own IMSI code, but your phone will typically have only one IMEI.

Police sometimes use tracking devices known as IMSI catchers, or Stingrays, to monitor cellphone movements. These machines essentially impersonate cellphone towers and intercept communications from cellphones, including their IMSI and IMEI codes.

Therefore, a network of IMSI catchers can tell what cellphone users are in what areas at what times. Criminals and spies may also use these devices for their own purposes.

While it may be possible to build your own IMSI catcher, you should consider the ethical and legal consequences before doing so, since you'll be acquiring information about the whereabouts of your neighbors if you use the device.

When you simply want to track your own cellphone, you don't usually need the IMEI to do so.

If you think the phone is stolen, you can contact the police for help recovering it and contact your phone carrier to disconnect the account so it can't be used to make calls on your bill. With an iPhone or Android smart phone, you can have Apple or Google, respectively, log you out of the device.

If you're not sure where the phone is, you can use tools from Apple or Google to find it. You don't need to have the IMEI or the IMSI, but you do need a cloud account for your phone's operating system maker and generally need to have previously opted in. Apple calls its system "Find My iPhone," and Google's is usually known as "Find My Device."

The Difference Between IMSI and MSISDN

How to Read IMSI From a SIM

How to Obtain an IMSI

Around The Home
Entertainment
By: Helen Jody Lin

How to Figure Out Your Tracfone PIN

Around The Home
Entertainment
By: Carter McBride