The Difference Between IMSI and MSISDN

An international mobile subscriber identity (IMSI) number uniquely identifies a cellphone subscriber. It's usually stored in a SIM card. A mobile subscriber integrated services digital network (MSISDN) number is a cellphone's phone number. The IMSI is used internally within cellphone systems to identify a phone. Most users don't know their IMSIs, while the MSISDN can be dialed to reach the phone. 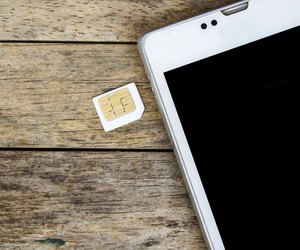 An IMSI is a number that identifies a cellphone plan subscriber. It's usually stored on a subscriber identity module, or SIM, card, which is a digital chip that's inserted into a phone. If a phone has multiple SIM cards, each card has its own IMSI. If you move a SIM card to a new phone, the IMSI moves with the card and doesn't stay with the phone.

IMSIs are used internally within cellphone networks to identify users and let carriers know which network they normally use for billing and other purposes when roaming. Most cellphone users have little reason to know their own IMSIs, and unlike MSISDN numbers, they normally can't be dialed or otherwise used to reach a particular user.

Devices called IMSI catchers can intercept cellphone signals and determine the IMSIs of nearby cellphones, allowing them to monitor how phone users move about. Some catchers actively impersonate cellphone towers, and others simply monitor signals going by. They're used by law enforcement and can potentially be used by others for spying and monitoring purposes.

IMSI and MSISDN are esoteric terms, and IMSI numbers are seldom dealt with outside the cellphone industry, but MSISDN numbers are quite commonly used. An MSISDN is simply the full phone number of a cellphone, including the country code and any area code or similar code issued by that country.

Unlike an IMSI, which is bound to a particular SIM card, MSISDNs can be transferred from phone to phone, SIM to SIM, and even from cellphones to landlines or vice versa in some cases. It's also possible to have multiple phone numbers associated with the same SIM card and phone.

How to Read IMSI From a SIM

How to Know If Your Cell Phone Has Been Cloned

How to Unlock a Motorola RAZR for Free

Around The Home
Entertainment
By: MichaelD

Around The Home
Entertainment
By: Tiffany Ameh