Here are the five things you should do if you own a Samsung Galaxy Note 7: 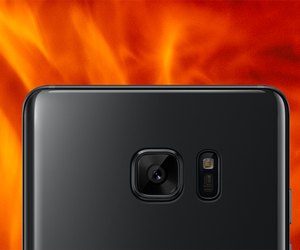 In case you're unaware, Samsung's Galaxy Note 7 is having a bit of an explosion-y problem. The flagship smartphone is combusting unexpectedly—not to imply there's ever a time when you expect a smartphone to combust—and Samsung has responded by issuing a recall for the model.

This isn't one of those "just to be on the safe side" things where it's perfectly, absolutely safe to keep using your Galaxy Note 7. There have been dozens of reported incidents. Most recently, a 6-year-old New York boy was burned when the phone he was using burst into flames in his hands.

Another incident that received national attention involved a Jeep in which a Note 7 was charging but caught on fire, destroying the phone and the vehicle. Samsung has announced as many as three dozen other incidents—and that almost certainly isn't all of them, as additional reports continue to come in.

Bottom line: You should turn off your Note 7, pack it up, and return it to Samsung. The company has promised to make good on these defective phones for all affected customers. Definitely do not take one on a plane, leave it charging unattended, or basically use it at all. Please.

How to Comply with the Recall

Want to know whether your specific handset is affected and—if so—how to return it? If you're in the United States, call 1-800-SAMSUNG or 1-800-726-7864. You can get more information at Samsung's news site.

If you haven't heard, even some of the new, improved, repalcement Galaxy Note 7s have had the same problem. As a result, Samsung has discontinued the entire model. Please return yours for a refund right away.

What to Expect From a 2016 Smartphone