Purpose of the GPS System & Why it Was Started

Global positioning systems, once solely for military use, have taken off as personal commercial devices, helping people do everything from find driving directions to map the earth. The short history of GPS pales in comparison to the potential future applications of this vibrant technology. 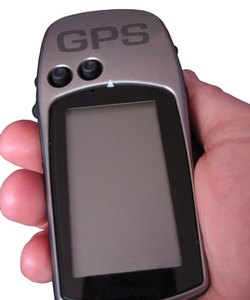 GPS has gone from the Pentagon to your pocket.

A global positioning system calculates the real-time position of a device using atomic clocks and orbital satellites. GPS satellites continuously broadcast signals that tell the satellite's location and time, accurate to a billionth of a second. A GPS unit in, say, an automobile uses the signals from up to four satellites to calculate its own relative position.

Global positioning systems were originally created for military use in the 1970s. However, the precursor is the Transit satellite navigation system, first used by the United States Navy in 1965. This system was originally developed to help submarines navigate. When the United States government found itself needing a foolproof satellite navigation system, the best minds in the Pentagon put their heads together and came up with the concept of GPS in 1973. The first GPS satellite was launched in 1978 and since then the technology has been broadened for commercial use.

The technology has staggering significance militarily. It helps friendly troops stay organized and find their way back to base or to targets. It can also help pinpoint enemy positions and threats. The military was initially wary of giving up the technology to the corporate sector. However, the Pentagon was persuaded by corporations who saw the vast potential market for the technology. Today, GPS is used by millions to navigate on a daily basis and can be immensely useful in mapping driving or walking directions.

Aside from using GPS in an automobile or on the street to find directions, it has a variety of other important uses. GPS is used for mapping and surveying the earth. It is also able to help monitor earthquakes. Civilian pilots use GPS in flight, as do airlines to coordinate flights. The technology is also used by companies to keep track of the very satellites that make GPS possible.

The future of GPS is looking bright. Programs like Google Earth are just the beginning of what can be done with global positioning technology. Militarily, more accurate and faster GPS systems can give troops and commanders up to date analysis of friendly and enemy troop movement. With GPS becoming smaller and more powerful, it can also be used for individual soldiers in the field to triangulate their position. Commercially, the technology has exploded in the past few years, allowing anyone and everyone to afford powerful GPS units in their automobiles and homes. That technology is now making the jump to mobile smart phones.

How Does a GPS Car Navigation System Work?

Around The Home
Productivity
By: Kirk Brown

What Types of Instruments Are Used to Measure a Tsunami?

How to Convert CSV to GPX

Zümi Is an Educational Self-Driving Car Kit Worth Checking Out

What Are the Functions of a Communication Satellite?

Around The Home
Entertainment
By: Pat Howard